Today we have Anna Hackett, science fiction and action romance writer, joining us and her book, Hell Squad - Marcus is free. 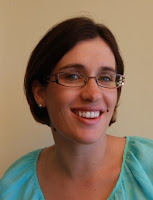 “Inspiration is only the beginning.” – Anna Hackett

I love to hear about the inspiration behind my favourite authors’ stories. Sometimes inspiration strikes like lightning in a dream, in the shower, or in the middle of a movie. Sometimes story ideas grow over time, stewing a little until the ingredients come together.

My latest series, Hell Squad, had a couple of sources of inspiration. This is a post-apocalyptic, action-adventure, science fiction romance series. Aliens have invaded and the series focuses on the human survivors (primarily a rough, tough group of soldiers) and their battle against the aliens. The first source of inspiration was obviously a long list of movies, TV shows, games, and books. You’ll probably see shades of Jurassic Park, Independence Day, Falling Skies, and Gears of War in Hell Squad.

The second source of inspiration was the romance in the first book, Marcus. I had a clear image of a tough, scarred, battle-hardened soldier and a beautiful society girl. In what situation would these two very different people fall in love? The middle of an alien apocalypse, of course!

And the third source of inspiration was the science behind the gadgets and weaponry in Hell Squad. Most of the technology that’s mentioned (the series is set about a hundred years into the future) is based on current research projects to develop exoskeletons, weaponry and armour.

BUT, like I said above, inspiration is only the beginning. Having a great idea is easy…making it a reality takes effort, hard work and determination. I’ve published four Hell Squad books this year…and there are more in the works that will be out before the end of the year. My number one tip I have for anyone struggling to bring their inspired story ideas to life: write every day. Not when you feel like it, not once the kids are back at school, not starting tomorrow. Every day, even if it’s only for a short time (and I think this can be applied to anything we want to achieve, not just writing!)

When I decided to get serious about my writing, I pored over interviews by successful authors. One thing jumped out at me…they all mention writing every day and not making excuses. Inspiration is easy, getting the words on the page is where we have to knuckle down and make it happen.

So, how many words did you write today? And how many are you going to write tomorrow?

About the author: Anna Hackett
I'm passionate about all things action romance. I love stories that combine the thrill of falling in love with the excitement of action, danger and adventure. I write about people overcoming unbeatable odds and achieving seemingly impossible goals. I like to believe it's possible for all of us to do the same. www.annahackettbooks.com

Grab the first book in Hell Squad, MARCUS, for FREE:

In a world gone to hell, Elle Milton—once the darling of the Sydney social scene—has carved a role for herself as the communications officer for the toughest commando team fighting for humanity’s survival—Hell Squad. It’s her chance to make a difference and make up for horrible past mistakes…despite the fact that its battle-hardened commander never wanted her on his team.

When Hell Squad is tasked with destroying a strategic alien facility, Elle knows they need her skills in the field. But first she must go head to head with Marcus Steele and convince him she won’t be a liability.

Marcus Steele is a warrior through and through. He fights to protect the innocent and give the human race a chance to survive. And that includes the beautiful, gutsy Elle who twists him up inside with a single look. The last thing he wants is to take her into a warzone, but soon they are thrown together battling both the alien invaders and their overwhelming attraction. And Marcus will learn just how much he’ll sacrifice to keep her safe.