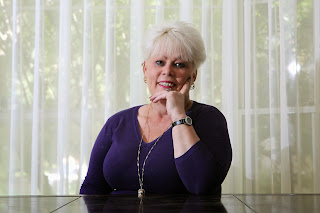 How did you come to write fantasy? What attracted you to the genre?

To write for me, is as innate as it is to breathe. I couldn't imagine a world without dragons and faeries, unicorns or Pegasus. I have always been drawn to the fey. Magic is all around us, as is darkness. My muse is named Mimi, she is a 1000 year old dragon who crashed into my life two years ago.

Until very recently, I was a Pantser.

In the past, I would know, say, the end of a story, or a great middle bit, but little else. I always have a good idea of the main characters, but as is the way of epic fiction, numerous other characters are born along the way. At least that was the way it had been with the writing of Warrior Born - Book 1 of the Katana Series.

However, that apparently was the honeymoon period. Reality well and truly set in when during the recent edit (rewrite) of Redemption - Book 2 of the Katana Series, I learned the rhythm of each scene and how crucial that is, to good writing. The great first line, the story arc and the BAM sentence to finish. That takes planning. This I have learned.

I love Angus. He to me, is just a delicious Highland male. I love that he is so strong, honourable and protective. Yet at the same time he can be brutal. Of course I love Hades the magnificent Friesian stallion. He is beautiful beyond words. As for Jilly Louise she is all sass. She is me. 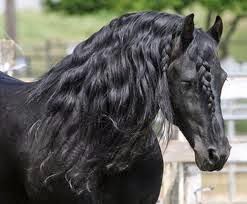 I am currently in final edits for Redemption. I am also mapping out the book from my PhD thesis—but that is another story for another day. All of my works of fiction have a Scottish theme or influence. I am so completely drawn to them. Curse of the Witches of the Moor is a book about a secondary character in the first two Katana books. This is very different from the first two. I am looking forward to finishing it.

That moment when Mimi and I are in sync and the ideas come so fast I only have time to make dot points. This is why I have a note pad and fifteen pens in every handbag I own. Mimi is oblivious to  anything but the story. Many times, I have had to veer off the road, grapple with my handbag and scrawl the words down—dragons don't take kindly to repeating themselves. Also the elation when after reading the work I am satisfied with the voice, style, flow and tempo. Those two words "The End" also feel great, especially after rewrites and edits.


What can we expect from Kathrine Leannan in the future?

Books with strong characters, written with passion, in a style that is different. Also I hope to achieve critical acclaim as an author of non-fiction and leave a legacy to my profession. Such is my commitment to these goals, that I have given up work, to write full time. The Katana Series is four books in duration. The Dark Witches Coven Series also is four books. After that, I imagine the creatures of the dark will continue to find their way to my pages.

I am a fantasy/paranormal devotee. I rarely read outside the genre because I am easily bored - the exception to that statement is Diana Gabaldon and her Outlander Series. My favourites (Who else) J. R. Ward., J. K. Rowling., Karen Marie Moning., Richelle Mead., Sara Douglass., Jean M. Auel., P. C. Cast., Sherilyn Kenyon., Kresley Cole.

I am currently reading: The Ruby Circle - Richelle Mead


Do you have advice for emerging writers?

This is something no one will tell you. There are rules to writing. Find like-people, join groups, learn the craft. But most important of all, keep writing—find the joy that the words bring and give them life. 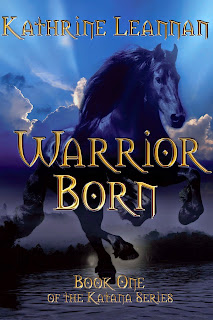 From the immortal kingdom of the Samurai, Imperial Leader Yokami Sukani and his wife Tomoe Gazen yearn for the child they know they will never birth. Tomoe’s Katana keens bereft, for the next Daughter of the Sword. Meanwhile, Bishamon, the God of War, and his Katana, wreak havoc in his endless pursuit of pain and suffering.

Bishamon’s Sword of War must disappear, forever.
The battle of Culloden Moor is forty-eight hours away. Epona, Goddess of horses, dogs, healing springs and crops, prays for the coming of the girl child prophesized to be born with the Sight for the magnificent Friesian horses.

In modern Australia, the awaited one, Connor MacDonald is birthed, awakening the ancient Scottish Horsemen from their three-century slumber.

Bishamon, mad with rage, hunts for his blade.

Will he regain his instrument of destruction?

Born of the blood of the ancient Scots, named Daughter by the immortal Samurai, doubly blessed or doubly cursed, will Connor MacDonald be Bishamon’s instrument of revenge?

Email ThisBlogThis!Share to TwitterShare to FacebookShare to Pinterest
Labels: Darklight On, Kathrine Leannan