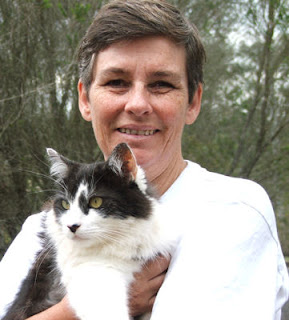 Your latest release is Entangled Destinies. What inspired you to write this book?

I wrote Entangled Destinies over two consecutive years during NaNoWriMo.


Did you plot or pants this novel?

A bit of both really. The first part had each Chapter loosely plotted, until I got to Chapter Eight which became, Nine, Ten, Eleven, Twelve and Thirteen.

The second part, written over the second NaNoWriMo stint was totally pantsed. I knew what I wanted to happen and where I wanted it to lead, but the characters took off on their own little journey.

However, they didn’t get it all their way. In first edits, I rewrote the last ten thousand words.


What genre would you place Entangled Destines in?

That’s not an easy question. This novel has smatterings of a few genres. There’s Horror, Paranormal, Romance, Contemporary and Science Fiction. A bit of nearly everything I think.

When is your Entangled Destinies due to be released?

Release day for the ebook is the 22nd July, but could be a few days early.

I am self-publishing the paperback, and these will be available from my website hopefully around the same time. 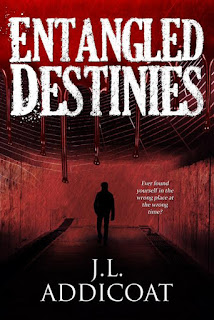 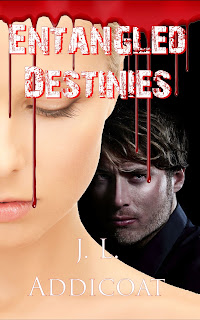 Can a message found in a century old bottle bring a government to its knees?

Have you ever found yourself in the wrong place at the wrong time?

When Sarah glances out the window in time to see her employer, Edmund Starke, emerge from the shadows covered in blood, only her mistress’ brave actions allow Sarah to escape with her life.

With only a small bag and her diaries, she needs to leave England, but can she gain passage on a ship bound for America without Edmund’s henchmen catching and dragging her back?

J. L Addicoat, (better known as Jenny or Jen) grew up in a small suburb in Melbourne.

Her mother, a German immigrant, pushed her to learn to read at an early age so she could give her mother a better understanding of the English language.

Books and J. L. soon became best friends and a means to escape to other worlds, be they fantasy or science fiction, J. L. loved them.
She now lives in a small rural Queensland town, with her husband Kevin and two spoilt felines.