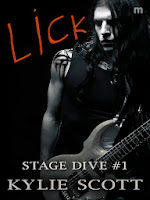 "The Macmillan Trade Group announced today, 28 October, that it has secured World English Language print and eBook rights to the bestselling Stage Dive New Adult series by Australian novelist, Kylie Scott...A four-book series, each novel is centered on a rock star hero in the fictional band Stage Dive.
The Macmillan Group will update the eBook cover of Lick, which they plan to publish in print in May 2014. The second book, Play, will be published in eBook in April 2014 and in print in August 2014, with the third and fourth in the series to follow in the months after."

Full details can be read here.

Khloe Wren has just sold Jaguar Secrets to Evernight Publishing. Release date is December 13th, 2013.
Who would have thought saving a stray cat could change your whole life? Yet that is exactly what happens when Cammi saves a black kitten from under a jetty.
Jaguar shape shifter Luca is out looking for his ratbag little brother Rogue, who’s taken off again. He finds Cammi rescuing him and instantly recognizes she is his mate. She passes out when Rogue flashes form so Luca takes her home, to discover his best friend, Nate is also Cammi’s destined mate.
When Cammi’s self-appointed big brother learns the shifters are after her heart, he takes matters into his own hands and attempts to convince her they are not for her. Who will Cammi believe? Her two new lovers or a friend who is the closest thing to family she’s ever known.

To celebrate her seventh release S.E.Gilchrist is giving away seven copies of Dance in the Outback on her blog. Leave a comment to go into the draw. Giveaway closes 30 November 2013.

Cheryse Durrant is the feature author of the month at b00kr3vi3ws.
To celebrate, three eBooks and a signed paperback of The Blood She Betrayed are up for grabs. For a chance to win, all you need to do is enter b00kr3vi3ws' RaffleCopter.
The competition runs until November 30, with new chances to win every day.


Rhyll Biest's story "The Candidate" appears in the anthology Paranormal Erotica published by Mischief. It was released in October. 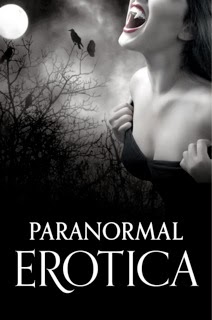 An Erotica Collection
Whether ghostly, magical, or demoniac these ten tales of sexy supernatural lovers will excite and enchant. All new and original paranormal erotica from Mischief, featuring Rose de Fer, Scarlet Rush, Giselle Renarde and many more.
At a school for demoniac seduction, one pupil is more interested in captivating her tutor than topping the class.
On vacation, Sara and Marshall get adventurous and invite another to join them in bed, but there is far more to their mystery lover than either of them anticipated.
Auren is apprenticed to an alchemist and her education in the occult has begun to weave a spellbinding passion. 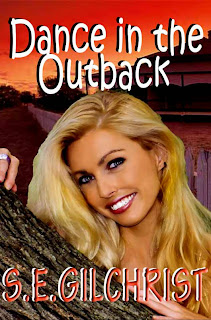 Years ago Melanie Black was rescued from a burning house by her best mate, a fellow foster child. When he begs for help to save his marriage, she can’t refuse and finds herself on a cattle station supervising his children.
Dirk Tanner can't believe his eyes when his brother-in-law's 'friend' alights from the plane. He recognises her as the do-gooder who gave his ex-wife advice on ‘living her own life’. No way will he allow Melanie to meddle in his sister's affairs too.
A near brush with death reveals their true feelings for one another. But to achieve her childhood dream of love and belonging, she has to face her worst nightmare.
Available from Amazon, Smashwords & Amazon UK.


M.J.Scott has just received her cover for Fire Kin (Bk#4 Half-Light City fantasy romance series). This book will be released on May 6th, 2014 from Tor. 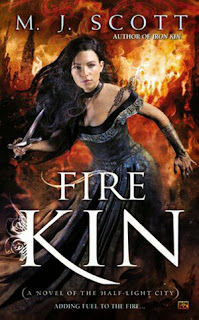 The Blood She Betrayed by Cheryse Durrant received a top review from PetaJo.

"A gripping read from start to finish... Despite creating two entirely different dimensions and a storyline with many twists, Durrant succeeds in keeping her storytelling simple. She has created a heroine to be proud of."

The Blood She Betrayed eBook by Cheryse Durrant, and accompanying book trailer, both went LIVE on the weekend. Check out the book trailer HERE.
The eBook is now available online at Amazon, Clan Destine Press and Lulu, with Kobo and iTunes to follow later this week.


DarkSiders signing at Brisbane SupaNova
DarkSiders Rowena Cory Daniells and Cheryse Durrant will join forces with fellow fantasy author Chris McMahon to sell and sign their books in Artist's Alley at the RICC Building at SupaNova, Brisbane this Friday, Saturday and Sunday, November 8, 9 and 10. Drop by and say "Hi!"
Durrant will also feature at a book signing event at Angus & Robertson Post Office Square in Brisbane this Thursday, November 7, from noon until 2pm.