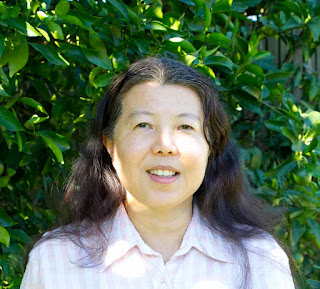 As a writer I take great interest in discovering role models in women from the past. Too often has the emphasis been on European women. Here is a real-life example from the Sea Dyaks of Sarawak, Borneo. Today we know them as the Iban. They also just happen to be headhunters.

It was lovely to see that even a headhunter has a romantic side.

Excerpt - The Story of Siu

The hero is the Sea Dyak headhunter - Siu, the heroine - Bunsu Burung, daughter of Singalang Burung (King of the Spirits). Here they share a moment together on the ruai(covered veranda) of Singalang Burung’s longhouse in Sabayan – Land of the Dead.

Bunsu used a mortar and pestle, wielding the pestle so deftly that not one single grain of rice bounced out of the mortar, which was made from the trunk of a tree. But just in case, she had her right foot in the mortar to kick back any grains that might be likely to fall out.

After a while, Siu asked if he could have a go.

Are you that bored, Siu? her eyes seemed to say as she gave him a wicked grin, but she handed him the pestle. It was five feet long.

Siu stood in the girl’s place, suddenly more nervous than he had ever been.

His first effort ended in half the contents of the mortar being scattered all over the ruai. Sounds of excited snuffling came up from the floorboards as the pigs and chickens who lived underneath the longhouse scurried hungrily for the precious rice.

Aghast, he looked up, ashamed of his effort, and saw the girl covering her mouth with one hand, trying hard not to giggle.

His cheeks heated. Then suddenly, Siu snorted, and the next moment both he and the girl were laughing. Hard.

Finally, wiping tears from her eyes, the girl stopped tittering to offer advice. “You need not use all your strength.”

“Ah!” said Siu, pretending astonishment, and then he tried again. This attempt only half as much rice was lost.

Once more, the two of them laughed. This time together.

It took a while, and a few handfuls of replaced rice, but soon Siu had some action going. He felt proud that night when he ate his dinner, to know that he had contributed to the meal.

But tomorrow, Siu would have to tell the girl that he was leaving.” 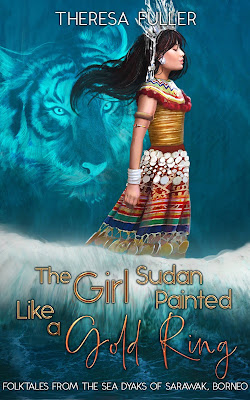 Excerpt taken from THE GIRL SUDAN PAINTED LIKE A GOLD RING, the latest book in the Lands Below the Winds Series. Coming 1st of January 2022.

For the sake of my children, I have written a couple of books on the folktales of Southeast Asia. When I tell people that I am from Singapore, some think it is in China.

Hence, I feel that it is time some emphasis was placed on a little-known part of the world. There is more to Southeast Asia than Crazy, Rich Asians. Here is my series on Southeast Asian mythology.

Lands Below the Winds Series

The Lands below the Winds is a series of folktales on Southeast Asia.

The Lands below the Winds was the name given by the ancient Arabians and Persians for Southeast Asia which lay below the typhoon belt. Other names were Suvarnabhumi, Sovannah Phoum, Suvarnadvipa (Golden Islands) offered by the Indians, Nanyang (South Seas) by the Chinese and Nanyo by the Japanese.

The Lands below the Winds was the gateway to the Spice Islands, a much sought after, fought over and even today, integral to world trade and commerce.

Malaya – Land of Eternal Summer also known as the Golden Chersonese, ancient Melaka, Bumi Kenyalang (Sarawak - Land of the Hornbills - the messengers to the gods) and even the fabled Temasek, all had reputations beyond their borders. Here then are some of their legends and mythology.

Folktales from Southeast Asia with a strong emphasis on girls who saved their people. All books contain illustrations, notes, a glossary, and a dictionary.

Other book in the series - The Girl Who Became a Goddess (folktales from Singapore, Malaysia, and China.) 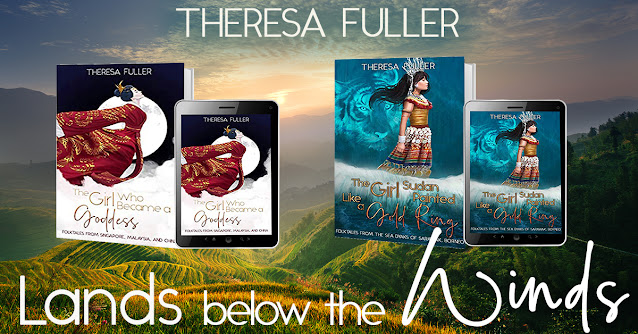 Buy The Girl who became a Goddess here!
About the Author

Theresa Fuller grew up with ghosts outside her front door. They haunted dark trees and cemeteries and were the spirits of young girls betrayed by lovers. These stories were made real by her cousins who were always recounting how just last year a child around her age had been snatched by one of these ghosts – Pontianaks. And never seen again…

Born in Singapore to Peranakan parents, Theresa was often brought to Haw Par Villa, originally a venue for teaching traditional Chinese values, as a treat. Here children are shown the ten views of Hell. She had nightmares for a week after each visit. Even today, she can visualize the demons as they tortured liars by pulling their tongues, elongating them grotesquely.

This is probably why she never wanted to be a writer. Initially.

Writers bend the truth. A little.

Theresa came to Australia for her education, met her husband, married and stayed. She worked as an analyst/programmer and later as a high school teacher. When her first son was born, she read him stories. And somehow something stirred. She remembered her grandfather and how he would tell fairy tale after fairy tale, at least ten per night until in frustration he would record them to be spared reading the same stories repeatedly.

Thus, in a strange land far away from her own family and what was familiar, she began to write. And in her stories, she could come home. To a land where boys turn into crickets and mousedeer dance laughing upon the backs of crocodiles.

Email ThisBlogThis!Share to TwitterShare to FacebookShare to Pinterest
Labels: Darklight On, Theresa Fuller