Magic Thursday: How Many Worlds is Too Many?


People often ask me why I write fantasy. It’s not the easiest question in the world— ask any writer why they write, and you’ll get many different answers. But for a lot of us it might be some form of ‘there are stories and people in my head’. It’s more socially acceptable to do something with those stories rather than just talk to the people in your head.

Why the stories in my head are what they are is something I find fascinating. I’m not a plotter, so I find out what happens in my books as it happens and I’m always surprise that it works out in the end and how my mind can create a whole world. Or multiple worlds. I write both fantasy and romance. Both my parents were big readers, and luckily they both liked genre fiction. So when they started buying books for my brother and I to read, it was always a mixture of fantasy, fairytales, and anything they thought would catch our interest. Add to that a couple of grandmothers and an excellent primary school librarian, who liked to feed me the classics like Anne of Green Gables, What Katy Did,  A Little Bush Maid, and many more, I guess it’s no surprise that when the stories in my head started to turn up they were a mixture of fantasy and romance.

In fantasy I like the adventure of escaping (and creating) a whole new world and seeing how the extra abilities and creatures of a fantasy world challenge and shape my characters. But my fantasy books always have a healthy dose of romance and, while my romance novels are firmly set in our world, I guess to me, there’s always a touch of magic in the wild ride of falling in love.

My problem as a writer, is trying to get to all of the ideas in my head. There’s a lot of them. Right now, the fantasy voice is talking the loudest and I’m focused on those but even then, the voices don’t want to stick to one genre. Currently I’m writing a vampire and werewolf type urban fantasy, a slightly futuristic urban fantasy with magic, finishing an alt-world fantasy trilogy and thinking about the start of two more potential alt-world fantasy. That’s a lot of world and people in my head.

But somehow my brain keeps giving me the ideas and the stories. I’m still not entirely sure where they come from, but I’m happy that they’re there and I’m grateful to all the writers of the stories that fired up my imagination (and still fire up my imagination) and help fuel my own books. 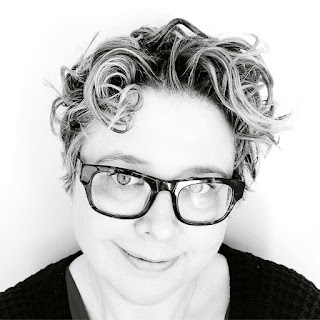 M.J. Scott is an unrepentant bookworm. Luckily she grew up in a family that fed her a properly varied diet of books and these days is surrounded by people who are understanding of her story addiction. When not wrestling one of her own stories to the ground, she can generally be found reading someone else’s. Her other distractions include yarn, cat butlering, dark chocolate and watercolor. She lives in Melbourne, Australia. Her website is www.mjscott.net. She also writes contemporary romance as Melanie Scott and Emma Douglas.

Her next release is The Unbound Queen (Book 3, The Four Arts), out April 28 and available for pre-order now. 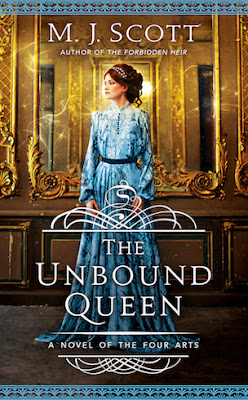 
Lady Sophie Mackenzie might be fifth in line to the Anglion throne but she never wanted to rule. But she’s bound to a demon, gifted with forbidden magic, and under threat from those who would use her unusual power for themselves. And now her hopes of finding peace in exile have been shattered by visions of a terrible darkness gnawing at the heart of her homeland.

Then the emperor of Illvya makes her an offer she can’t refuse—return home and overthrow the queen of Anglion, or lose everything she holds dear.

To face down the darkness and save her husband and everyone she loves, she may have to betray the country—and the queen—she once served and play the games of power she never wanted any part of.

But can she play them to win…

Posted by Eleni Konstantine at 07:00