Today's Darklight On is ... The Ruby Finalists for Speculative Romance 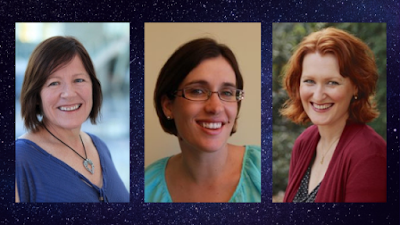 We have an amazing bunch of authors over at the DarkSide, all with fantastic stories to share with readers, but today's Darklight on is all about the finalists for RWA's Ruby Award for Speculative Romance.

The three finalists were Keri Arthur, Anna Hackett and Leisl Leighton, with Keri taking the award home for Cursed. So if you are looking for your next favourite book, then these three stories are not to be missed! 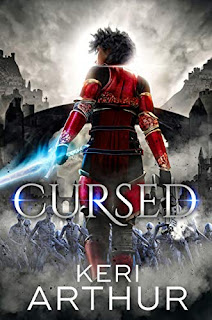 Whomsoever draws the sword from the ancient seat of this land shall rule her, and they shall bring peace and prosperity to her people.


For nearly a thousand years, the firstborn son of every Cannamore king has drawn the sword, and the land and her people have indeed prospered. Princess Nyx Bel-Hannon is neither male nor firstborn, but it’s her hand that draws the sword rather than her twin brother’s. Her reward: imprisonment.

But a deep darkness now spreads across the kingdom, and her borders are threatened by creatures capable of magic powerful enough to destroy mountains and split the land asunder. Without the true heir to wield the sword, Cannamore risks annihilation. The king and crown prince want nothing more than to be permanently rid of Nyx, but cannot afford her blood on their hands. Instead, they give her to a fractious warlord in the hope he will do what they dare not.

Nyx has no intention of letting the warlord get in the way of her thirst for revenge or the need to claim her throne. But it’s a quest that may well destroy the kingdom she loves, because Nyx has been cursed by the god of war. It is her destiny to save Cannamore.

Or utterly destroy it.

Click HERE to find out more about Cursed and Keri Arthur!

Edge of Eon by Anna Hackett 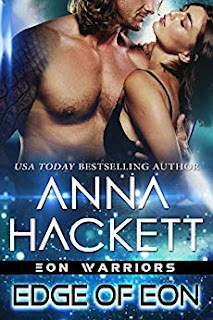 Framed for a crime she didn't commit, a wrongly-imprisoned space captain's only chance at freedom is to abduct a fearsome alien war commander.

Sub-Captain Eve Traynor knows a suicide mission when she sees one. With deadly insectoid aliens threatening to invade Earth, the planet's only chance of survival is to get the attention of the fierce Eon Warriors. But the Eon want nothing to do with Earth, and Eve wants nothing to do with abducting War Commander Davion Thann-Eon off his warship. But when Earth's Space Corps threaten her sisters, Eve will do anything to keep them safe, even if it means she might not make it back.

War Commander Davion Thann-Eon is taking his first vacation in years. Dedicated to keeping the Eon Empire safe, he's been born and bred to protect. But when he's attacked and snatched off his very own warship, he is shocked to find himself face-to-face with a bold, tough little Terran warrior. One who both infuriates and intrigues him.

When their shuttle is attacked by the ravenous insectoid Kantos, Eve and Davion crash land on the terrifying hunter planet known as Hunter7. A planet designed to test a warrior to his limits. Now, the pair must work together to survive, caught between the planet and its dangers, the Kantos hunting them down, and their own incendiary attraction.

Click HERE to find out more about Edge of Eon and Anna Hackett! 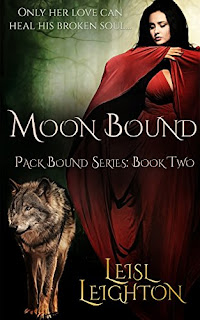 Only her love can heal his broken soul...

Five hundred years ago, facing extinction, a group of powerful witches united to create a pact with the Were to save witch–kind. The pact expelled an ancient evil, known only as the Darkness, that was blocking the Were from their wolves. With the Darkness destroyed, the Packs and their Covens grew strong as they thrived beside each other in their brand–new world.

But the Darkness was not destroyed.

Wiccan Healer–Witch Bronwyn Kincaid wants a quiet life. Her new powers have other ideas. Her increased healing magic and empathy mean she can't ignore the plight of River Collins, a wolf brought up thinking the animal inside him is an evil he must forever suppress. If Bronwyn can't control her powers and help River accept his wolf, the evil Darkness that hunts the Were will use them to destroy those they love.

Click HERE to find out more about Moon Bound and Leisl Leighton!
Posted by ShelleyRNolan at 06:00