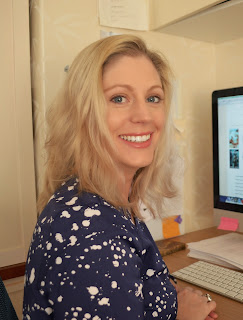 How did you come to write speculative fiction? What attracted you to the genre?
The first novel I ever read was Lythande, by Marion Zimmer Bradley. Although it was pure fantasy, I fell in love with any fiction that was beyond my everyday realm. Speculative Fiction, in essence I believe, questions the boundaries of what could be and what secretly is – I find this very exciting!


Are you a plotter? Pantser? Or somewhere in-between?
I start as a pantser and when I realise the story or character has potential I make a conscious effort to develop the plot. It always changes though when a character decides to do their own thing.


Do you have a favourite of your characters?
Yes, she’s a sub-character in the first novel I wrote ten years ago. She’s a skilled fighter with sword and knife and keeps her heart guarded. One day I’ll bring her story to light. I’ll keep her name a secret for now but her initials are BB.


What are you currently working on?I’m working on Through The AusHole, a speculative fiction with quirky humour and fantasy elements. My partial 50 pages scored me a publisher interview a few years ago, before I had children, so I’m determined to work through my edits and get it out there.


What is your favourite part of the process of writing?
When a plot twist works, when a character says the perfect line to the bad guy, and of course, finishing!

What can we expect from Christina Craig in the future?
As a writer I simply hope to keep perfecting my craft and getting my novels polished and published. As an artist, designing premade and custom e-book covers as Two Decade Designs.


What are you currently reading?
There’s a lovely newbie at work and when we discovered we liked the same fiction she loaned me her favourite book - Kushiel’s Dart by Jacqueline Carey.


Do you have a favourite spec fiction movie or TV series?
I have enjoyed Tripod, Dr Who, Star Trek Generations, Voyager and Deep Space Nine, Torchwood, Game of Thrones, Stargate, and my favourite movies are Labyrinth, Willow and The Fifth Element.


Do you have any advice for emerging writers?
Don’t compare yourself to others but do aim to master the craft of writing. Listen to your voice because what makes it unique is what will make your story fly.
~~~﻿
Thanks for having me, Chris 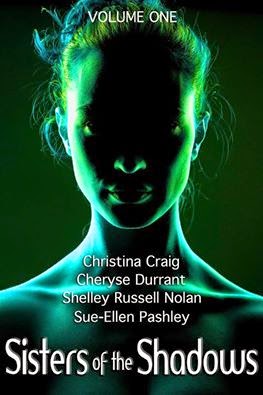 Target Solstice (published in the novella collection, Sisters of the Shadows)

The Phain have been trapped on Earth for a century. They pretend to be human. Flesh by day, Phain by night. Some manipulate, use and abuse us. The others defend us, while searching for a way to leave Earth.

When Cressida Ryan’s husband Gabe is killed, she learns his secrets and why her unborn child is a threat to the Phain.

Now she is a target. To save her life she must discover her heritage and follow Gabe’s ghost across the world.

If she can trust the Phain she might survive, and if they trust her, she could give them something even greater.


Redemption - Book 2 of the Katana Series
COMING SOON
Born of the blood of the Celts, chosen by the Gods—widow, Connor MacDonald seeks a new life, a new beginning.

She is owed a boon by the Gods. What will they offer her in Redemption for her past great sacrifice? 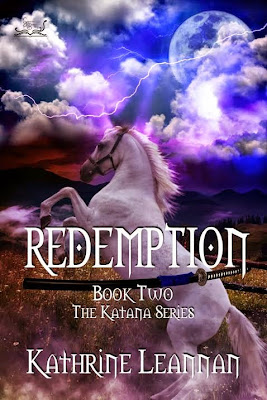 The year I decided to treat my writing hobby seriously, I had the usual dreams – of seeing my books on shelves, receiving lovely fat advances from big name publishers and giving up my day job to write full time.

But I was also beset with doubts; doubts of my ability to first, finish a book and second, receive that heart pounding call. Then once I was published a new set of doubts hit me; what if no one likes my book, what if no one buys my book and (shudder) what if I receive awful reviews?

Well, I’ve had my share of both good and bad reviews. I have yet to see a print book on the shelf and I now base my dreams on the reality of being an Australian writer in today’s world. It’s not easy, it’s hard to make a living and you have to work hard if you want to achieve the success you crave. I’ve learned everyone’s path is different and what will work for one writer may not work for me. I’ve grown a thicker skin, learned to treat my writing as a business – you can’t please everyone. I do read my reviews however with a critical eye and think about what the reader has said and whether and how I should improve the next story.

Fear can cripple you, hold you back, keep you in what you think is a safe comfortable place and we all doubt ourselves at different stages in our lives. So if you’re holding back on submitting that first book to a publisher, holding back on entering contests, holding back on going to a conference or joining a writing group, focus on your dreams and take that first step. You never know where that  one step will lead you. 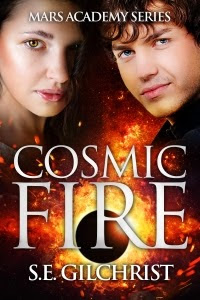 My latest release is Cosmic Fire, episode two in my Mars Academy series. The series is based around the need of the Earth Republic to find and claim another earth-like planet. In the story line, Mars has long been colonized and remains under the Earth Republic’s control, however, there is an underground movement of revolutionaries who want an independent Mars. On the exploratory space ship, I have a crew made up of people from both the Earth Republic and also Mars, some of whom are part of the revolutionaries. And also on board is a secret group of saboteurs. I’ve thrown in romance, action, adventure and a touch of suspense – all my favourite ingredients.

The Mission – find and claim a new earth

Ensign Dana Lawson of Sector Seven fire team on the star ship, Columbus, has one goal: her own command. On an exploratory mission to Alpha Centauri A, she has the opportunity to earn her stripes, but instead faces a challenge that threatens to send her plans up in smoke.

Rick Morgan, a guy with heartbreaker imprinted in his DNA, the warmest smile and the bluest eyes she’s ever seen, ignites a fire inside her heart. He is trouble, on every level…and he’s brought his dangerous past with him.
Now a saboteur has Dana and Morgan in his sights. Together, they must learn his identity before he strikes again and kills them both…or destroys the ship and everyone on board.