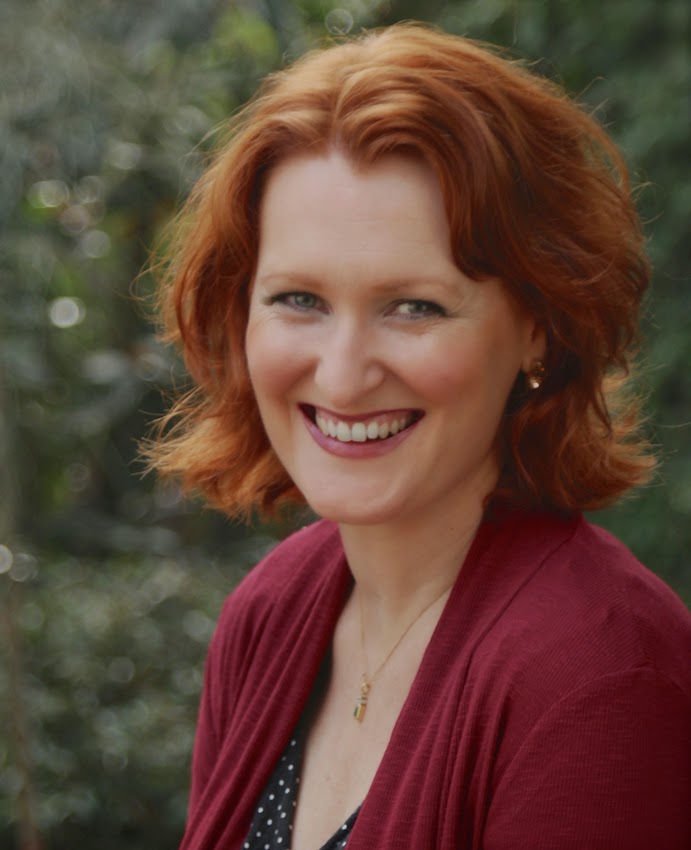 Today's Enchanted Orb post is with Leisl Leighton where she shares with us her thoughts on inspiration and in particular, her series, The Witch-Were Chronicles. The first book, Dark Moon, is available now.

Where does inspiration come from? Why does one person paint, someone else act, another sculpt and someone else write? How or why does the Muse touch a person and make them want to create in some way? I couldn’t say. All I know is that I have always had the need to be creative. I have always needed to find some way to let the Muse flow through me and let it feed my soul in some outward show of creativity. It used to be acting and performing (and sometimes still is) but since having children, it has very much become about writing.

I know a lot of authors talk about playing the ‘what if’ game when they are looking for story ideas. You know – ‘What if my hero turned into a werewolf?’ ‘What if my heroine suddenly discovered she could do magic?’ ‘What if the heroine had a fear of magic – and large dogs!’ ‘What if the hero had to make the heroine face up to her magic and did it by turning into a wolf in front of her?’ That kind of thing. It’s a great process, but for me, inspiration has never started this way. My stories and characters always touch my awareness in the form of a dream. A dream that won’t leave me alone, but keeps playing time and time again. Sometimes the same scene, sometimes more, adding characters and plot and depth and always in full technicolour surround sound. From these dreams the stories just grow. The characters become.

For instance, the inspiration for my current series, the Witch-Were Chronicles – the first of which, Dark Moon, was released in March, and the 2nd, Healer Moon, and 3rd, Blood Moon, I’m working on right now – came to me in a dream like usual, but it was a dream that was a little different. At first, the dream started off as a memory of when I was skiing down Federation (a black run) at Mt Buller in Victoria. In the memory, I was having such a lovely time. I love skiing. I love being on the mountain, the scent of the snow and the freshness of the air, the thrill of setting your skis down a slope and trying to perfect technique, the glorious views when the weather is good. When I’m up there, I feel free and relaxed in a way that’s hard to describe, something I share with my family. On that day I was knocked over by a snowboarder. It ruined my day because he hurt my leg and I had to stop skiing to go and ice my knee.

In the dream, this happened, but the dream morphed and the person who was enjoying her freedom and glorying in the snow and weather and the feeling of flying, wasn’t me. And the man who bumped into her wasn’t a normal man – he was something else entirely and he had an impact on the heroine of the dream that was far greater than simply knocking the wind from her or hurting her knee. The scene grew every time I had the dream and when I finally sat down to write it, it flew from my fingers and onto the page.

When this happens, it doesn’t feel like I’m writing at all. Very often, I will read back what I wrote later and I can’t even fully remember writing it. Those moments are priceless, because when that truly happens, the writing is more than I could have meant it to be.

There are times when this process slows down though and I know my well of creativity is getting low. When this happens I know I need to take care of myself, fill myself up again so the dreams flow and inspiration strikes. The way I do this is to do the things I love – like skiing and doing fun things with my family, swimming and going for walks, reading books I love, watching movies and TV shows I can sink into and lose myself in, either by myself or with my family or friends. I read more. I go do writing workshops. I chat to writing friends. I critique their work. I discuss the issues in their manuscripts and workshop their ideas. I read. I sing and tinkle on my piano. I read. I listen to podcasts and surf the net and write blogs. I read. And then when I’ve done this enough, the dreams start to flow again and the words spill out of me, a world of discovery opens before me and the stories and characters take shape.

Everyone’s process is different, but I think the essence of all creativity and what is at the source of all inspiration, is to look after yourself, to have fun, to play, to do the thing that got you into your creative process in the first place (my love of reading, of discovering new characters and stories, led me to writing) and to keep doing that. To never stop. That’s why I read and no matter how busy I get, I always find time to read, because without the reading, there is no writing. And I suppose, that is where my inspiration comes from.

About the Author: Leisl Leighton

Buy links for Killing Me Softly: