Welcome to this week's good news....

coming to you this week by Nicole Murphy

Lots of great things happening for the Darksiders lately, so let's get to it!


Hidden Mortality by Maggie Mundy has been released. 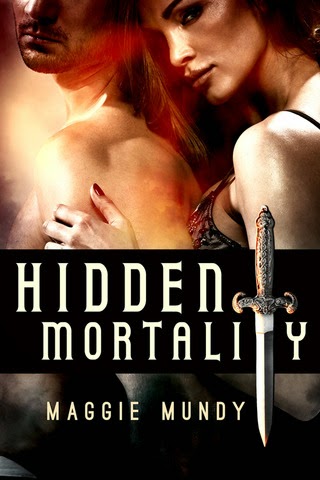 In Bath in 1850 a witch is murdered in a ritual granting longevity to four men. What they are not aware of is that she has bestowed the same power to another called Seth to avenge her death.
Cara is a descendant of the witch and fills her days with food with her Irish-themed catering business. Her nights are another matter; they are full of erotic dreams of a mysterious lover, or nightmares with mutilated bodies. So this wasn’t the best time for her Nana to tell her she is coming into her power.
Of the original four immortals, Vincent is the only one left and to stop his own long life from fading he needs another witch to kill. Seth was meant to protect the witch’s descendants from a distance, but with Cara he can’t stay away. He has to make a choice to love Cara, or avenge the original death and possibly die himself. Cara has the fight of her life on when one man comes to kill her, and another to love her.

Buy it here (Amazon only).


Astrid Cooper has a new release out, Fireman's Cat
It's Book 2 in the Birthday Boy series and is published by Extasy Books 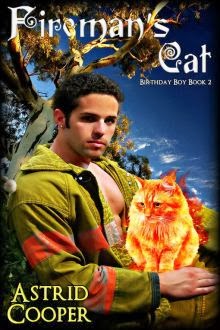 When the flames of passion are kindled between Brendan and Aeric, it gives a whole new meaning to c’mon baby, light my fire.
Where there’s smoke, there’s fire…Brendan Tierney, a fireman, lives quietly in the outback Australian town of Greenhill. On the eve of his thirtieth birthday, when he and his crew respond to a fire, he is trapped by the flames. Rescued from death by something he cannot—dare not—believe, he returns home, expecting his lonely life to return to normal.
He makes a birthday wish, never suspecting that wishes and dreams can come true—with a little help from his sister and grandmother and a wizard…
When Aeric walks into Brendan’s shop, the fireman’s world is turned upside down, because the sexy guy is not what he appears. Ric has spine fur. Bren hopes that the guy is long overdue for a waxing. No such luck. He discovers that his unwelcome guest is a firecat, the rarest of shifters, who can harness fire.
Aeric recognises Brendan as his forever-mate—for him, it’s love at first sight. True love is never easy when a human is involved. Bren knows nothing about cat shifters or magic. But worse—he’s been betrayed by love, and denies his own deep, burning passion for Aeric. How can Ric convince Brendan to open his heart to believe in a cat’s forever promise? Or will the past come between a fireman and his cat?

You can buy it here. 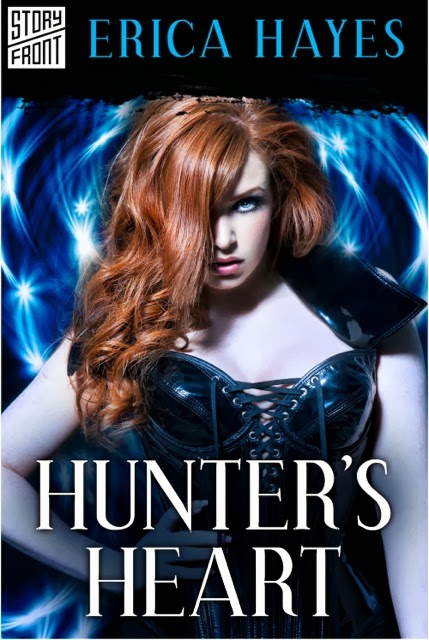 For vampire Colleen O’Hara, work is also play. She hunts demons not just for the paycheck, but also for the thrill of the fight. It’s better than sex, at least the sex she’s had so far. But then she meets Seth, a smoldering-hot shadow demon. With him she feels an undeniable, untamable urge to blur the lines between ally and enemy, predator and prey. Meanwhile, as the barrier between hell and earth grows weaker, threatening thousands of human souls, Colleen must track down the traitor who opened the rift. Only with Seth at her side can she defeat the villain. Colleen must risk everything—including her soul—to both follow her desire and save her city from impending damnation.

Buy it here (Amazon only).

The second publication is Unforgiven in the e-anthology My Bloody Valentine. 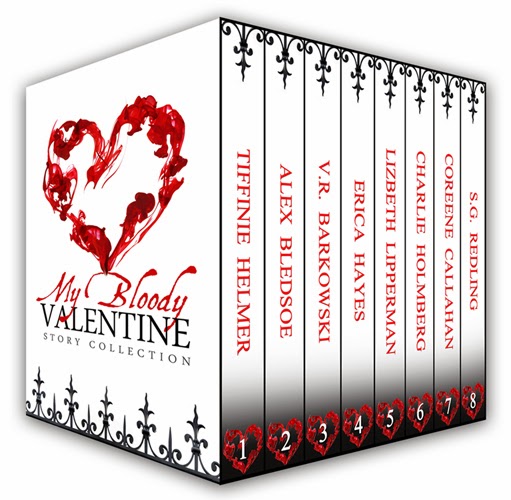 Buy links not available at time of publishing.

'Hide N Seek' by Lilliana Rose has been published in the anthology 'The Grotesquerie' by Mocha Memoirs Press. 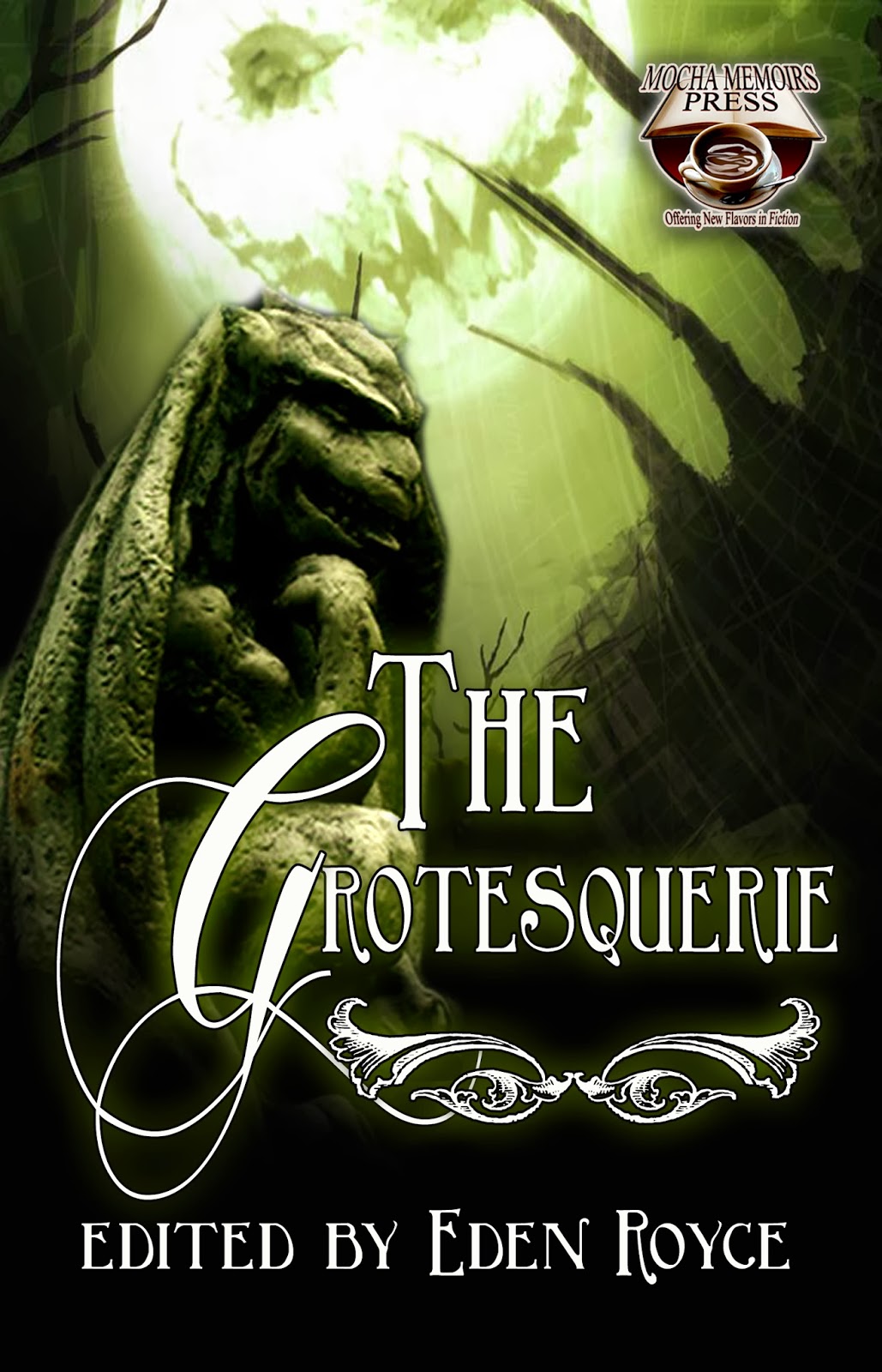 The game of hide and seek isn't played with innocence and has more sinister consequences for not just the individuals who play, but the also the community, and its future.
Twenty-two short horror stories written by women are here on display for your enjoyment or your perverse fascination. Within these pages, beauty becomes deadly, innocence kills, and karma is a harsh mistress. 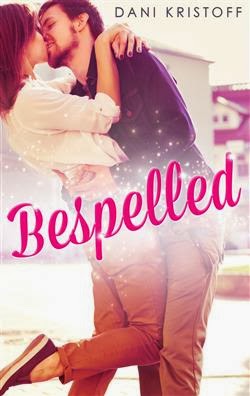 Elena Denholm is a mild-mannered half witch. As a favour to her cousin, she agrees to meet with top Sydney lawyer, Jake Royston, to negotiate a property deal. Sparks fly immediately, but before they can even take a sip of wine, let alone explore where the sizzle might go, Jake is hit by a love spell and is helpless against his feelings for Elena.
Jake may be at her mercy, but Elena is keeping her hands off — exploiting humans is a no-no. But Jake’s good looks and powers of persuasion are breaking down her resolve, and Elena knows she must do something fast.
Desperate to set things right before her resolve crumbles, Elena begins a frantic search to find the witch or warlock who hexed Jake and return him to his right mind, even if it means breaking her own heart...

Danielle Belwater (formerly Danielle Sevenwaters) has a new YA coming out on Valentine's Day! It's called Of Fire and Roses and she shared the cover with us. 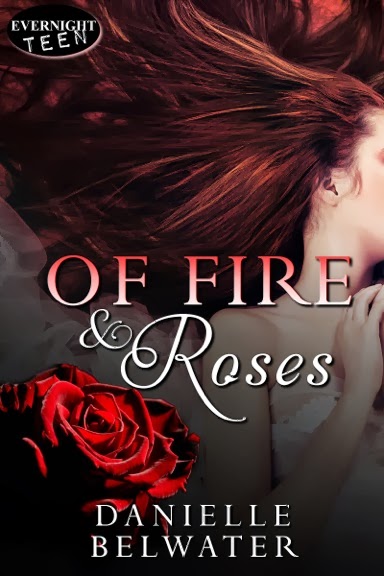 Curtis and Durrant will sign copies of Fatal Flaw and The Blood She Betrayed - check details in last week's post.