Keri Arthur has a giveaway of Darkness Splintered  up for grabs here. The giveaway runs until November 30th, 2013.

Lord of the Hunt by Shona Husk will be released January 2014 from Sourcebooks. 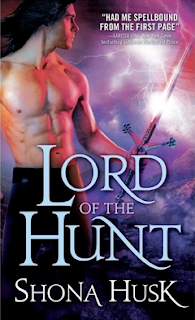 Their love could destroy a powerful reign and change the mortal world forever
Raised in the mortal world, the fairy Taryn never planned on going back to Annwyn, much less to court. But with the power shift imminent, she is her parents' only hope of securing a pardon from exile and avoiding certain death.
Verden, Lord of the Hunt, swore to serve the King. But as the magic of Annwyn fails and the Prince makes ready to take the throne, Verden knows his days as Hunter are numbered. When Taryn and Verden meet, their attraction is instant and devastating. Their love could bring down a Queen and change the mortal world forever.


Carolyn Wren has received the cover for The Secret Family (Bk#7 The Protector series), due for release December 2013. 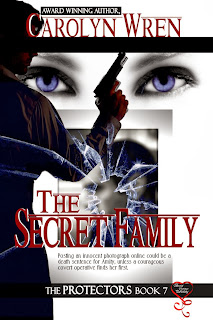 Amity Clark finds a photograph in her late mother’s possessions of someone she believes to be her long lost father, and posts it online.  She doesn’t realize the man in the picture is Cal Davies, a dangerous covert operative with many enemies.  When her workplace building explodes, Amity is trapped in the wreckage, terrified and hurt. Help seems close at hand as one courageous man crawls through the rubble, pulling her to safety, but he warns her to run and hide instead of announcing her miraculous escape to the authorities.
Peter Sinclair has one mission, to protect Amity Clark.  Injured in the explosion, he must find a safe place to hide her until the scheduled rendezvous.  Despite a growing attraction, Peter knows he has to send her on her way to begin a new life, before her father’s adversaries track her down to take revenge on Cal’s only living bloodline.


Christina Phillips celebrates the release of Her Savage Scot (Bk#1 of The Highland Warrior Chronicles), on 20th November 2013. 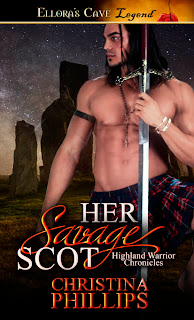 When tough Scot warrior Connor Mackenzie rides into the barbaric lands of the Picts on a mission for his king, he never expects to be captivated by a beautiful Pictish widow. Drawn under her spell, yet unaware of her true identity, he risks everything for one passionate night in her arms.
Aila, princess of Pictland, swore long ago she would do anything within her power to help defeat the Vikings who invaded her land and murdered her husband. But after meeting Connor, her frozen heart thaws and once again she imagines a future filled with love and passion.
When Connor delivers the message from his king, Aila becomes a pawn in a deadly game of politics. Her heart belongs to Connor, but she must marry the prince of Dal Riada – Connor’s half-brother. But the fates have other plans for the star-crossed lovers as they fight their enemies and themselves to find true love.

"Surprising, sensual and full of magic! The fairies of Annwyn can be ruthless, so playing the game properly can mean the difference between life and death, especially during such a perilous time of transition. Taryn and Verden try to be careful, neither one expecting to fall in love. Fantastic world-building and compelling character will make readers yearn for another foray into the world of fairy."

Bec McMaster's Heart of Iron has been named one of Library Journal’s Best Books of the Year in the romance category. Congratulations, Bec!!!