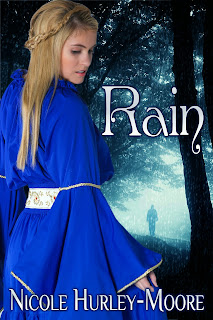 1216 AD
On the mountain, high above the village of Farran;
Nuri is caught between heaven and hell.
Two men fight for her love and her soul. The first is Maras, an elemental being who follows the storms. Nuri knows that he is not human, he's something more. She believes he is her beautiful fallen angel. But he is transient and is bound to the elements and their love may be as fleeting as the storm itself.
The second is Brother Erebus, a pious monk whose tortured soul is twisted by his desire for her. But Nuri may sacrifice more than her heart when the Church brands her angel a demon.
As Brother Erebus will do anything to protect her soul from the silver haired devil, even if he has to crush her body to do it.

Mel Teshco's Believe (published by Soul Mate Publishing) is now up on Amazon. 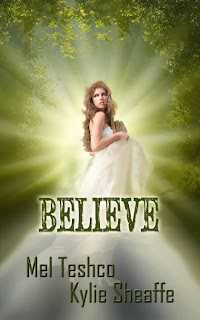 Do you believe in the power of unconditional love?
James Edward Bowheart is a genius in the making, a student doctor who has it all . . . or so it seems.
His lawyer father is an alcoholic, his mother a strict, god-fearing woman with a critical eye and a cold heart. His sister, Josie, is warm, smart, and overly-sensitive. She sees things no one else can. In and out of mental institutions, she is reviled by their parents.
James begins to question his own logic, fearing the unknown when he too begins to see things, dream things, the drugs he has come to rely on exacerbating the problem.
Only when a new neighbor—a single and very pregnant young woman—helps him to see outside the square and accept the unexplainable, does he truly start to Believe...


Eleni Konstantine join the ranks of Alfie Dog with her short story, Enchanted. It's due for release on 4th December 2013.

Carolyn Wren received a 5 star review for The Undercover Agent (Bk#6 The Protectors). 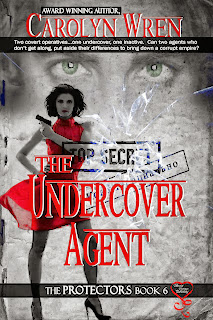 You can read the full review here.

Cheryse Durrant has a book trailer for The Blood She Betrayed.


The book is available on Amazon, iTunes, Kobo, Lulu and at Clan Destine Press.