Today's Darklight On is... Lisa Swallow. 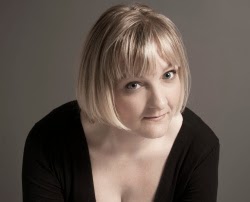 I read a lot of spec fic as a teenager. My first attempt was a fan fic based on The Tripods series by John Christopher (but with a little romance attached!) Nobody ever read that. Then when I was in my mid-teens I wrote a book about a vampire who falls in love with a high school girl. Just a few years too early...but my friends enjoyed it!


Pantser although I use beat sheets as a rough guide when I begin. I find it helps me tighten up the structure before I start and helps me keep GMC in mind as I write.

Do have a favourite of your characters? 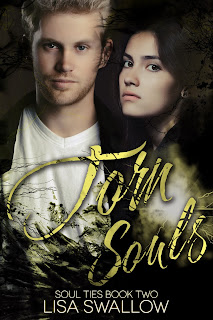 I have to say Jack in the Soul Ties series. He’s the opposite to so many heroes because he’s awkward and funny - my first ‘geek’ hero. Jack was great fun to write. My beta readers loved him too which is always a good sign! But they weren’t impressed by what I did to him. Plus, he was one of those characters that was never planned but who snuck into the first book. And now has his own.

I've just launched Torn Souls, the second book in the Soul Ties series and I'm now working on the third book, Shattered Souls. I'm also editing the sequel to my contemporary novel, Because of Lucy.

A silent house and a few hours to immerse myself in the world of the book I’m writing. I love the characters and scenes that can come from this.

What can we expect from Lisa Swallow in the future?

I'm continuing with the Soul Ties series as well as writing a series of new adult contemporary romance novels. I have a few other projects in mind and I think I’ve probably got two years worth of planned books!

Difficult! I have a real mix of authors I like from those I studied, childhood favourites and today. And the list varies every time someone asks me this! So in no real order: Margaret Mahy, LJ Smith, Anne Rice, John Christopher, John Wyndham, Jessica Sorensen, Charlene Harris and a whole host of ‘classic’ authors.

The Blood She Betrayed by Cheryse Durrant. It’s refreshing to read urban fantasy with a whole new take on things and I love the world she’s created.

I'm a huge Joss Whedon fan and love all of his series and movies. I’d have to say Buffy the Vampire Slayer because I love how Buffy was so different to the other female characters on TV at the time.

Read! I know, every writer says that but it’s true. The other thing that made a big difference for me is when I finished something! So that helps... It’s easy to jump around or give up on projects. And embrace social media. I found this hard, and still do because I’m a very shy person but I’ve learnt so much and met so many great people.

Lisa is an author of new adult romance and writes both paranormal and contemporary, often with a side of snark. In between running a business, looking after her family and writing, Lisa sometimes finds spare time to do other things. This often involves swapping her book worlds for gaming worlds. She even leaves the house occasionally.

Lisa loves all things from the Whedonverse and preferred vampires before they sparkled. She is currently working on a number of projects including the remaining books in the Soul Ties series and a sequel to her new adult contemporary romance. Lisa is originally from the UK but moved to Australia in 2001. She lives in Perth in Western Australia with her husband, three children and dog.

Email: lisa_writes @ ymail.com (without the spaces)

Posted by Cheryse Durrant at 06:30