Today's Darklight On is with CM Simpson. Welcome, CM! 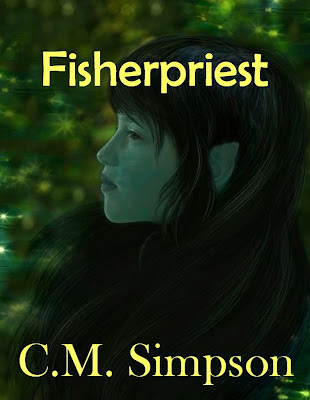 I’ve always loved to play. I play with words, ideas and the just, plain what-if. So, what if a dark power rises and tries to destroy the pantheon that succeeded his own (the Shadow trilogy)? So, what if we could shrink people so that ants were big enough for them to ride (Corporate Loyalty)? So, what if the dinosaurs didn’t die out and the age of steampunk had taken root in the late 1800s (TBA)? You get the idea.


Please tell us a little about your road to publication.

My first publication was in a library anthology for an annual competition (Dragon Coast – so what if dragons were real and we lived in a corporate society?).

My next dozen or so publications were roleplaying adventures for Wizard of the Coast’s RolePlaying Gamers Association (RPGA).

During that time I published five titles under a romance pen name, and then took a bit of a hiatus over the pregnancy and birth of my youngest child, and stretched it while I changed jobs.

When I went to get back into writing and publishing, the publishing landscape had changed. There were platforms where you could independently publish your work, publishers were behaving badly (and some still are), and contracts were largely no longer the good news they used to be. I spent eight months reading upwards of 150 blog posts a day to see what publishing road might suit me best, and started down the road of independent publishing.

That was almost exactly 12 months ago. Over the last twelve months, I’ve learned to design my own covers, proof read, and edit, and I’ve discovered the value of beta-readers. I’ve tracked my sales and watched them grow to the point that I earn coffee money – from what I can gather, a normal first-year growth pattern for an author publishing under a single name, and not too bad for an author publishing under more.

Last month, I even went back to submitting new short fiction to established magazine markets, prior to independently publishing them as stand-alone titles, but I have a very short list I’m willing to submit work to, because a story not up for sale, is a story that doesn’t have a chance to earn its keep.

I am very contented publishing my work independently. The freedom it gives me to write what I want, when I want to, means I won’t be looking for a traditional publisher soon. A word of warning, though: This is not the path for everyone. Some will prefer trying a different route, and there is nothing wrong with that. 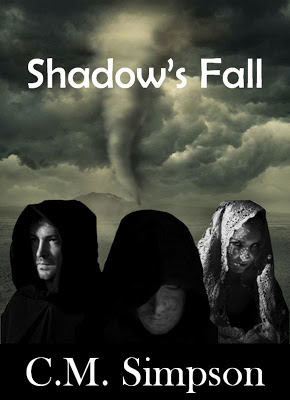 Your latest release will be Shadow’s Fall. Can you tell us a little about it?

Shadow’s Fall is the final book in a trilogy I started writing over twenty years ago. It was completed shortly after I finished university, but I didn’t know what to do with it. Last year, I decided to do an extensive edit and rewrite and release the trilogy into the wild. I also completed a fourth novel, Fisherpriest, set in the same world, and released that, as well.

Essentially, Shadow’s Fall describes the defeat of a god that had been imprisoned, and was on the verge of escaping, but the book also looks at the dynamics of a pantheon, as well as the politics of humans and elves.

What are your latest projects about to be released or have been released?

At this point, my next two novels are a little way off being released. Freeman’s Choice is a science fiction-fantasy blend about a couple’s flight from a slave-owner, and their attempt to reach a legal space that will defend their rights to live as free men. I expect Freeman’s Choice to be released by the end of the year.

The other project is a dark fantasy with the working title of Fisherpriest 2. This one won’t be ready until early next year, and tracks the birth of Linna’s children, both from her enforced encounter with a dragon, and from her human husband. In this book, the parents must defend the youngsters from assassination, and try to discover the source of the threat and defeat it.

Beyond that, I have a number of short stories and two anthologies coming. 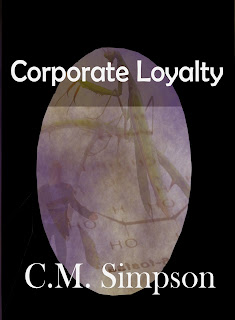 Are you a plotter, pantser or somewhere in-between?

I started out a panster, and my first trilogy reflects that. Over time, I’ve become a combination of plotter and pantster. I start by capturing a series concept in a single sentence, and then capture the plot for each novel the same way. After that, I might write a paragraph of plot, check what I know about any continuing characters, and jot down any major decisions I know are going to happen. After that I write, refining the plot into chapters either as I go, or slightly ahead of time.

No. I love, or hate, them all. When I’m writing, the characters of the story I’m working on at the time are my favourites… right up until I switch over to the next project.

The short version? As C.M. Simpson, I’m working on: 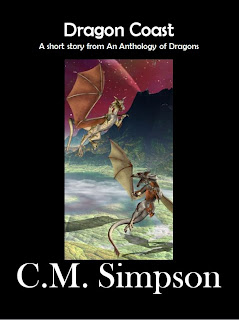 What is your favourite part of the process of writing?

I don’t know. I kind of love it all—the writing, the plotting, the slow reveal of characters as I write, the creating of covers, and even the editing and revising. Yeah, I really like all of it.

What can we expect from CM Simpson in the future?

More dark fantasy. More anthologies containing different genres. And some science fiction novels. There are a number of science fiction plots I’m working on, that I just can’t get to yet. I’m really looking forward to playing with those.

There really are too many to list, but these are the ones that immediately spring to mind:

I’m on a Dick Francis kick at the moment. I’ve started with Dead Cert and I’m going to work my way through them. I’m hoping to find the ten I’m missing before I run out. By the same token, I’m mixing it up with Peter Stiff’s See you in November, Wilbur Smith’s Those in Peril, Jack Higgins' The Iron Tiger and I have a couple of Nalini Singh’s and a Greta van der Rol or three on the side (I’m really looking forward to those.)

What is your best advice for emerging writers?
If you’re looking for more advice than this, check out these blogs:

There are more, but these are the ones I keep coming back to. I don’t always agree with them, but I listen, check against other opinions, and then make up my own mind. New writers, and old ones, should do the same. Deciding what is best for you at the point of life and career you are at is something only you can do.

CM's bio and links:
I spent the first twenty years of my life living in different parts of Queensland and the Northern Territory. My father was a teacher who liked to travel, so he took teaching appointments in all kinds of places. I don’t think I stayed in one place for more than four years at a stretch. I wrote stories for most of that time, drawing on the different landscapes we encountered and giving a hyper-active imagination somewhere to run. Seeing so many different places gave me a lot of food for thought as I stepped into the world of adulthood and took my first full-time job, and I never stopped writing and exploring the worlds in my head. So far, I have written four collections of short stories and poetry, and a number of novels, with many more to come. I hope you have enjoyed this part of my journey.

You can find me at http://cmsimpson.blogspot.com.au/

And my work at http://cmsimpsonpublishing.blogspot.com.