Magic Thursday: Girls Can Save the World! with Theresa Fuller

Besides the local legends and myths from Southeast Asia that I had breathed in as a child, I also grew up loving Cinderella, Snow White, and Sleeping Beauty. I longed to be a princess with a golden crown and raven black hair. And I imagined myself pining away in a lonely tower, waiting for Prince Charming. Then authors like Edith Nesbit came along…

And suddenly, I discovered that perhaps it would be far more interesting to wield a sword than to be rescued.

I grew up. Married my Prince Charming. Had kids.

And suddenly, because I was so far away from the land where I was born, I had a desire to share my childhood tales with my children. 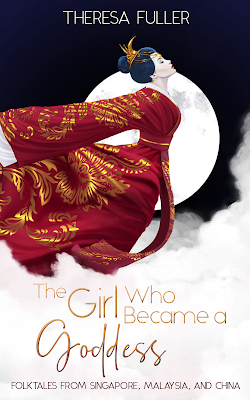 So instead, I wrote about the other stories: the legends, and the myths I grew up loving. I published my folktales – THE GIRL WHO BECAME A GODDESS – in 2019. Then decided I would write a second – THE GIRL SUDAN PAINTED LIKE A GOLD RING (coming soon).

This time, however, I was determined to include a fairy tale romance. But as I researched fairy tale after fairy tale, I discovered to my annoyance that the folktales from Southeast Asia tended to take a certain form.

The hero goes on a quest. Finds a beautiful girl (thankfully, not necessarily a princess). They get married. The End.

What on earth did the girls who were not beautiful do?

And what did the girls who found their Happily Ever After do, besides just being beautiful?

I suddenly realised I was searching for a role model.

As an ex-teacher, I especially wanted an example from a fairy tale, because stories are often the method by which young children learn about the world.

Unexpectedly, I came across the head-hunters.

The Sea Dyaks were head-hunters from Sarawak, Malaysia. If the Sea Dyak men were having a council and a Sea Dyak woman had something important to say, she was not afraid to speak out.

And the men all listened.

When did something like that ever happen in Snow White? Or Sleeping Beauty?

Like these princesses, every Sea Dyak girl expected to be married, only they viewed marriage as a merger between equals. Not a rescue mission.

If a man was not prepared to work for a Sea Dyak woman, then what was the point of being married?

In most parts of the world, when a woman married a man, she was raised to his level. Not so with the Sea Dyaks. While their men went to war, which often meant accumulating heads and is certainly not something that I would advocate anybody do, their women had their version of war – weaving. A woman weaver at the top of her game, bestowed her honour upon her husband. And so, it worked both ways.

In my upcoming book – THE GIRL SUDAN PAINTED LIKE A GOLD RING – I tell the story of some of these women, who not only found love, but did it their way! But this is not the reason for this article.

I wrote this article because I believe that it's time.

Girls can save the world! 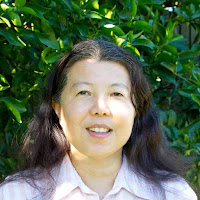 Theresa Fuller was born in Singapore to Peranakan parents. She was encouraged in her writing by her teacher, Chia Hearn Chek, a well-known local author. Educated in Singapore and Australia, she worked as an analyst/programmer and later as a high school teacher. Her first short story THE CRICKET SON was published in VOICES OF THE PAST, An Anthology of Stories Passed Down In Australian Families.
Her breakthrough novel is the Steampunk YA THE GHOST ENGINE, published in March 2018. It won a mentorship at the Australasian Horror Writers’ Association. THE GHOST ENGINE combines her love of technology with her enthusiasm for Victorian England.
Theresa currently resides with her family in Sydney, Australia.
You can find Theresa at her website: theresafuller.com.
Posted by Eleni Konstantine at 15:30