Magic Thursday: A Perfectly Paranormal Valentine Anthology: How I Decided on Writing in a New World with Leisl Leighton

This last year I was asked to participate in two new anthologies, both requiring an original novella (up
to 40k for the first, and 30k for the second - so decent length novellas). For the first, the Fantasy
Realms: Warlords, Witches & Wolves Anthology which is out now, I decided to write a prequel to my Pack Bound series. There are a few characters and ideas from that world that I have wanted to flesh
out for a while now but that are not full-book length, so it seemed the ideal way to bring at least one
of those stories to life for that anthology.

However, when I was asked a few months later to be a part of A Perfectly Paranormal Valentine Anthology, I knew I didn’t want to write another prequel or side story in that world. Don’t get me wrong, it was huge fun to dive into that established world and play in it again, and I can’t wait to do more of it in the future, but for this different anthology, I wanted a fresh start with a fresh new world to uncover and explore. But what could that be?

The night after being asked to be in this Valentine anthology, that story started to push forward,
making itself known, throwing new scenarios up, intriguing me with new character details as I was
trying to sleep. It wouldn’t leave me alone, so I knew this story and the world it took place in was
what I needed to write now. It was an idea that never faded with the years, with characters who had
stories that demanded to be told, and so, I started to write, and the writing just flowed with one
page turning to ten to fifty then more until I was done.

I am so happy with how Jules and Bastien’s tale has unfolded in Love Cursed, and can’t wait for it to
land in readers’ hands. I also can’t wait to get stuck into the next novella in the series - a story that
started to tantalise me about one of the secondary characters as I was writing Jules and Bastien’s
story - which will appear in A Perfectly Paranormal Halloween Anthology later this year.

Valentine’s Day - celebrating forever love with roses and chocolates, claws and fangs, and a magical
spell or two ... 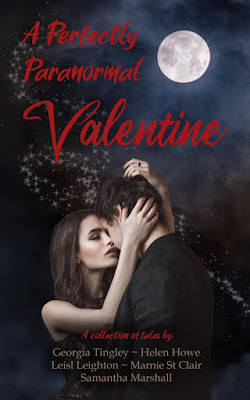 Whatever your paranormal pleasure, dive into these five original stories from award winning and new Australian authors in this magical anthology.
Featuring sweet or spicy romance, action, revenge, secrets and curses, this paranormal anthology will fill all your Valentine’s Day desires.

Witch, Vampire, Demi-God, Fae and Shifter: who will get their happy ever after this Valentine’s Day?

A love across time, cursed to stay apart …

Coven librarian, Julianna Stevens, jokes about being cursed at love. When an old diary that speaks of
an ancient Love Curse is found, she realises it isn’t a joke. To break the hex, she must uncover a
secret spell and travel to Rome to be in the exact spot with her unknown soul mate by midnight on
Valentine’s Day, or her soul will be doomed forever. No pressure – but it’s going to be Happy Never
After if she can’t.

Avery Lloyd does not like being a witch - it&#39;s all rules and hard work. She also hates dogs. As in, really hates dogs. So, when her boss Alec insists she attend the Valentine’s Day charity event at the lost
dogs’ shelter, Avery casts an unlawful spell to get out of it. But something’s not quite right about this
batch of magic, and before she knows it, Avery has ruined Alec&#39;s life. She has until Valentine’s Day to fix it, or the damage will be permanent.

CATNIP by Samantha Marshall
For reclusive dragon Oaklyn Airecross, spending Valentine’s Day with a stack of book boyfriends and
chocolate mousse sounds like heaven - until an uninvited guest picks a fight with a bean bag, and she’s thrust bodily into a mess of runaway cats, vampire intrigue and frypans. In order to reclaim the
Valentine’s Day of her dreams, Oaklyn must set aside her preconceived notions on true love, the
perfect man, and exactly what that bulge might be when it twitches inside of his pants.

FILIGREE AND FATE by Helen Lucy Howe
Famous fae-artist, Zhulija, is asked to create decorations for a wedding, but things don’t go according
to plan. Infamous unseelie, Dario Eribifax, after recognizing his ‘true mate,’ appoints himself her
personal assistant in an effort to convince her of their fated connection. What could possibly go
wrong?

A BROOMSTICK BREW by Georgia Tingley
When Wysper uses a ‘love potion’ on Valentine’s Day to make the man of her dreams fall in love,
things take a turn for the worse. She finds herself falling for everyone she looks at. A hilarious
witchcraft backfire! 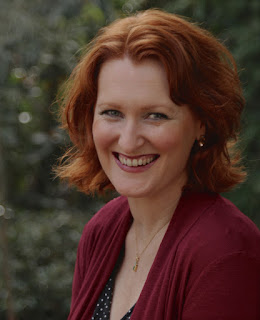 Award winning author, Leisl Leighton, is a tall red head with an overly large imagination. As a child, she identified strongly with Anne of Green Gables, and like Anne, is a voracious reader and born performer. It came as no surprise when she did a double major in English Literature and Drama for her BA and Dip Ed, then went on to a career as a performer, script writer, script doctor, stage manager and musical director for cabaret and theatre restaurants.
After starting a family, Leisl stopped performing and began writing the stories plaguing her dreams. She is addicted to the Syfy channel, her shelves are full of fantasy, paranormal, Sci-fi and romance books and DVDs, she sometimes sings in a choir, has worked as a swim teacher, loves to ski and
horse ride, and has been President of Romance Writers of Australia from 2014-2017. She now has aGraduate Diploma in Publishing and Communications (Advanced) and continues to write novels and also helps other writers make their manuscripts shine with her manuscript assessing and mentoring services.
Leisl is the author of the paranormal Pack Bound Series, romantic suspense novels, Dangerous Echoes (Book 1 in the Echo Springs Series), Climbing Fear and Blazing Fear (Books 1& 2 in the CoalCliff Stud Series.) She has won and placed in many writing contests in Australia and the US. Most recently, she has been a finalist in the 2019 RUBY Awards (for Moon Bound), a finalist in the 2019 ARRA Awards (for Climbing Fear) and long-listed for the 2019 (Dangerous Echoes) and 2020 (Climbing Fear) Davitt Awards.
You can catch up with Leisl at: www.leislleighton.com | Facebook | Goodreads | Instagram | Twitter
@LeislLeighton |

Other authors in the anthology
MARNIE ST CLAIR
Marnie St Clair loves her romance with a heaping dollop of mystery and magic. She grew up in
country NSW but now lives in a lovely leafy suburb of Melbourne with her weather man husband and
two gorgeous daughters. Apart from a deep and abiding love of all things romance, Marnie has a
wide array of unusual and embarrassing passions including playing Bridge, growing succulents,
visiting deserts and getting down on the Zumba floor. No points for guessing which is the
embarrassing one.
Marnie also writes contemporary romance and romantic suspense. Her novel, No Place Like You, has
been called ‘a feel good, sizzling romance that will leave you swooning,’ her office romance, Deal
Breaker, a ‘terrific addition to the trope’ and her romantic suspense, Blue Steal, has been called, ‘fast
paced’ and ‘spectacular’.


You can find out more about Marnie and her books on her website
SAMANTHA MARSHALL
Award winning and nominated author Samantha Marshall writes romance - as long as it’s got
paranormal creatures, space odyssey features or anything in between she’ll be there writing happily
ever afters to rule them all.
She lives in Melbourne, Australia, with her husband, two children, a fluffy golden retriever and a
turtle. She is most at home in front of her keyboard with a hot cup of chai tea and a raven on her
shoulder, bringing her imagination to life.
Samantha’s series, The Weaver’s War and The Kin Chronicles, have both been well received with
Sorcery and Stardust (Book 1 of The Weaver’s War) winning her Favourite Debut Author in the 2019
ARRAs and Aislinn’s Shadow (Book 1 of The Kin Chronicles) being nominated for 2 awards in the 2019 ARRAs.
When she's not hiding in her dragon cave, Samantha can be found at www.sliceofsammy.com or
Facebook | Instagram | Twitter |
HELEN HOWE
Helen Lucy Howe is a bookworm who teethed on romantic fairy tales and went on to voraciously
devour anything paranormal. She became a Professional Reader and a Closet Scribbler because
who’d want to look at the mad ramblings of someone who hates getting dirt under her fingernails
and thinks ironing was invented as a torture method?
Nowadays, Helen loves inventing paranormal and fantasy romance from the comfort of her cosy
study, with a hot cup of tea beside her laptop and her little spaniel, Lexie, snoring at her feet. With
her anthology contribution of Filigree and Fate, Helen has been dragged kicking and screaming from
her closet and into the deer-in-headlights world of being a Real Author.
GEORGIA TINGLEY
Georgia Tingley began her author journey with her breakout paranormal thriller/romance novels
Justice and An Unholy Gift - the first two books in her Angel Calling Series.
Since then, she’s moved onto writing steamy romances, creating the Mature Love series which
feature women over the age of 35 – Having Faith and All The Dumb Things. She’s also written a
steamy, but fun Christmas novella, Whistler Wonderland which earned her Romance Writers of
Australia’s Romantic Book of the Year – Novella Category RUBY Award in 2020.
Georgia loves writing and creating stories so much, that it’s become her drug of choice and freely
confesses to being an addict. After deciding to take on the thrill of writing, she hasn’t looked back.
Having lived in various countries while growing up – India, England, Canada, New Zealand and
Australia, she calls Western Australia home, living near some of the best beaches in Australia.
In her downtime, she loves to read, read and read, following politics, watch TV shows and movies, do
crafts, and work in the garden. Swimming and snorkelling are favourite pastimes and she tries to do
laps at every opportunity.  She and her husband enjoy taking their caravan on trips into the
Australian Outback and seeing as much of the ‘red’ country as they can.
You can contact her at www.georgiatingley.com or sign up to her Newsletter. You can also catch
her on: Facebook | Twitter | Instagram |
Posted by Eleni Konstantine at 07:30 No comments: