The Magician is a flash fiction story which was originally published online by Flashes In the Dark,  May 28th 2011.

It has since been included in my short story collection, Enchanted Realms. 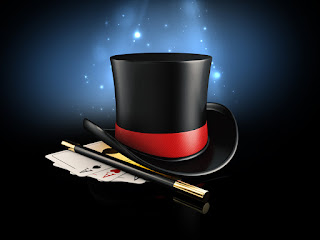 Vladimir-the-Magician mesmerised the crowd gathered at his ‘Believe It’ travelling magic show. They clapped. They gasped. They cheered.

The smoke machine choked out its mist as he finished with the grand finale–breathing underwater for twenty minutes while he escaped his straight jacket.

As the last cheers died down and it was time for the crowd to go, Vladimir had one final performance. One they wouldn’t like. He flicked his wrist. The doors slammed shut and locked.

His fangs extended. Now was time for Vladimir the Vampire.

Time for his audience to scream.

is generally described as stories under 1000 words. The stories are brief so there's not room for extra information. They are short, sharp and shiny with few characters.

In fact, you can have stories with as little as six words with the most famous being by Ernest Hemingway:

The whole sad situation is conveyed in just those six words. In between the lines we see the anticipation of the expected parents followed by their loss. It gives me goose-bumps every time I read it.

I started out writing short stories around 2000 words but found I really liked writing flash fiction of around 500 words and had a few published by Antipodean SF.  These stories also feature in Enchanted Realms (the list of previously published stories is available on my website).

When I'd been brainstorming some short story ideas, the idea of a magician popped up. I didn't want an ordinary magician, instead I wanted a surprise for the audience. That surprise made the story end up in the horror genre, though the action all happens off page. The reader knows what happens next from the final sentence.

You also know Vladimir's character. Yes, he's a great magician, but he's also a vampire with the taste for human blood and delights in terrifying his audience before killing them. So he's a sadistic bastard. We don't need any more words to paint his character for the reader.

Surprisingly this story ended up being less than 100 words. I didn't think it needed any more.

What do you think? 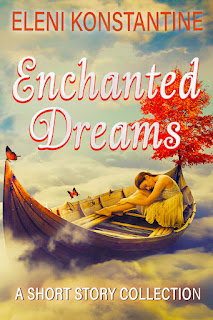 Eleni Konstantine writes speculative fiction and has had a number of short stories published. 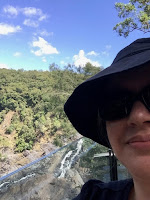 Her love of reading comes from her avid reader mum. As a child, illustrated fairy tales and Greek mythology opened up a world of wonder for Eleni. She was bitten by the story bug which soon turned into the writing bug. She finds something enchanting about escaping the world she knows and entering another one. Magic, dragons, wizards, fairies, witches, unicorns, vampires and other mythical creatures have always fascinated her. What's not to like when anything can happen? Sprinkle in a romance and a happy ending and she’s on cloud nine.

Eleni has a love of chocolate (of course!), fizzy drinks, coffee and relishes her afternoon naps. She lives in South Australia with her family and is human to a sassy Rottweiler.

Posted by Eleni Konstantine at 17:59