When I started out writing, I never sat down and intentionally decided to write in multiple series at once. I always have plenty of story ideas brewing in my head and I let those help dictate what I write next. I have no regrets about juggling a lot of different series, but there are pros and cons.

A big deciding factor for me in writing across several series is that I write in two different sub genres: sci-fi romance and romantic suspense. It made sense to have separate series for both running at the same time, rather than write solely one sub-genre and then the next.

For me, the biggest benefit of writing more than one series is that it keeps me fresh and inspired for every book I write. I write fast, and one thing that helps me do that is being able to switch between series, and feel like I am writing something new each time.

On the more practical side of things, writing multiple series and straddling more than one sub-genre helps build your readership in those genres (and reach more readers!)

The obvious downside to writing more than one series is keeping all the details of the world-building, timelines and characters straight. Many authors I know have series bibles – documents where they store all the relevant details of their series. These can be as simple or complex as you need.

I’d like to say I’m very organised and have series bibles, but I don’t. For my longer series, I do create a master copy and paste all the books in the series into it. I can then search for certain characters or events to ensure continuity in any new stories.

One other con of writing multiple series is that certain fans might love one of your series, and aren’t always so happy to wait for the next release while you’re working on books in a different series. So, if you do decide to juggle, be prepared for some impatient readers.

This year, I’m both thrilled and sad to be wrapping up one of my longest-running series, Hell Squad (post-apocalyptic romance), but I have plenty of new series ideas brewing and waiting for their turn! 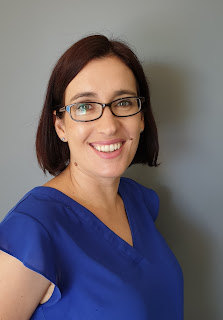 Anna is a USA Today bestselling author who's passionate about action romance. She loves stories that combine the thrill of falling in love with the excitement of action, danger and adventure. She writes about people overcoming unbeatable odds and achieving seemingly impossible goals. She like to believe it’s possible for all of us to do the same. Anna’s bestselling series include Eon Warriors, Galactic Gladiators, Team 52, Treasure Hunter Security, and Hell Squad.

For more info on Anna and her action romances, visit her website. 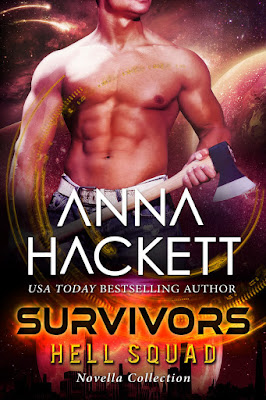 Nate – Long before the aliens invaded, former Marine Nate Caldwell came home a broken man. Going off-grid in a cabin he inherited in Australia’s Blue Mountains, he survived the invasion with only his dog Blue for company. For two years, he’s avoided the aliens and any survivors – he’s done his fighting and can’t go into battle again. But when a young woman crashes into his lonely existence, with the aliens hot on her heels, she changes everything…

Dak – Captain Dak Vaughn only has room for his job as head of security for Groom Lake Base. His focus has to be on keeping all the survivors alive, and not on the tough, attractive new recruit who gets under his skin. But when a dangerous mission requires them to go deep into alien territory, Dak finds himself up close and personal with a woman who is pure temptation.

Alexander – Marine engineer turned base leader, Alexander Erickson, leads a tiny base of survivors in the snowy climes of Norway. Balancing the needs and safety of his group keeps him busy, and he longs for someone to share the load, someone to call his own. The one independent woman he wants refuses to see him as anything more than a leader and a younger man. But when mysterious alien activity encroaches on their safety, they will join forces to investigate and Alexander might finally have his chance.


Posted by Eleni Konstantine at 07:30