Grab that cuppa, sit back and relax as we bring you our latest news.

Stolen by Shona Husk (Book 4, Coven of the Raven) was released on 25 October. 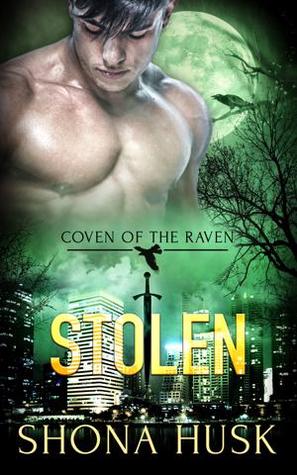 Cosima and her brother, Anthony, have been trading magical objects and making a killing. Right up until their latest treasure kills Anthony. With a curse now on her tail she goes to the one person she knows can help.

Sawyer Jones, is a thief and property acquirer for a price. He can strip the magic from objects and use it himself for a time. He never expected to see Cosima Delaney again. Last time they spoke she broke his nose and stole the sword he’d been casing.

There isn’t enough money in the world to convince Sawyer to take this case…but making Cosima pay for denting his pride and taking his hard-won prize, now that is almost worth the trouble this will bring.


Available from:
Amazon US | Amazon Aus | 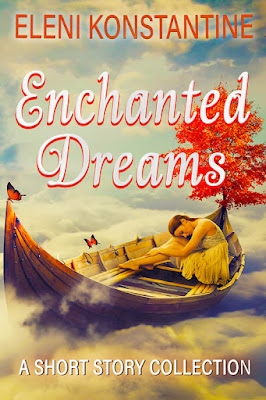 Rayessa and the Space Pirates by Donna Maree Hanson was re-released on 2 November. 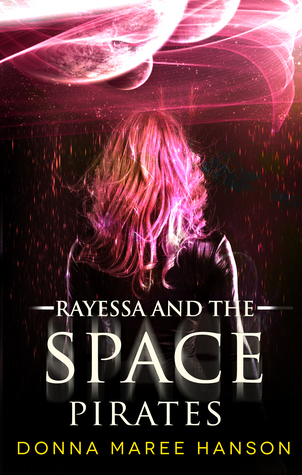 Sixteen-year-old Rae Stroder lives in a hollow asteroid, a defunct refuelling station, with a brain-damaged adult, Gris, to keep her company. Low on supplies, they've been eking out an existence for years. Everything changes when Alwin Anton, ultra-clean, smart and handsome AllEarth Corp company auditor, arrives to find disarray. Full of suspicion, he interrogates Rae, threatening her with prosecution for theft. He uncovers the fact that she is not Rae Stroder at all, when space pirates attack.

During the attack, Rae is taken prisoner and Alwin Anton escapes in his space ship. The pirate women prepare Rae for sale on the infamous Centauri slave markets. It's all going badly, when she is purchased by a mysterious Ridallian.

Meanwhile, the space pirates are out to kill Alwin Anton because he holds the secret to Rae's true identity. It's a race against time to unravel the intrigue of Rae's past to secure her future.

Available from:
Amazon US | Amazon Aus |


An Execution in Waste Disposal and Other Stories by Shelley Russell Nolan  was released on 26 September.

A collection of fast-paced science fiction and post apocalyptic stories, including Dark Sacrifice - The prequel to Dark Justice (The Last Ward Book One).


Available from:
Amazon US | Amazon Aus |

Dragon Soul by LJ Swallow was released in audio format on 18 October. 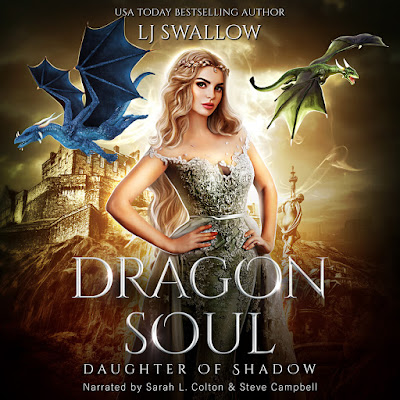 A girl with dark magic who’s a threat to the kingdom. Three powerful men from the royal court. Why are they prepared to protect this daughter of shadow and take her to the heart of their realm?

The dragons are dead, the Ebon queen has destroyed the elven realms, and kingdoms are at war. The queen’s dark magic is growing in strength, and the Silvercrest kingdom is losing the battle against her.

Three men are sent from the army’s stronghold to seek others who can aid their cause: Leander, a high-ranking and domineering nobleman, Rohan, a fierce and seductive warrior, and Galen, a gentle and passionate elven leader.

Their task: recruit the most potent magic users from the shire towns and train them to join the crusade against the Ebon queen.

They never expected to find a daughter of shadow.

Calla’s time working at the apothecary in her small town is about to end but not in the way she expected. On the day her magic skills are tested, she is revealed as a shadowmancer, a school of magic banned throughout the kingdom. A confused Calla faces a death sentence, but the three men are intrigued by the beautiful girl and her mysterious dragonkin pet and smuggle her from the town.

With no other choice, Calla journeys to the stronghold with the three captivating men. As they fight their way through enemy territory, the men discover that Calla’s power is more dangerous than they realized...and so is the bond this creates between them.

A Farmer's Christmas by Lilliana Rose was released on 5 November. 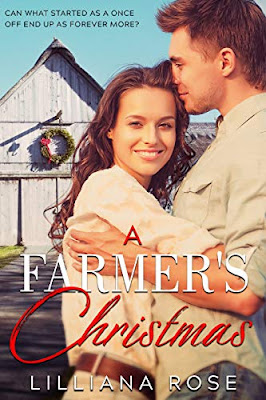 Continue the journey with Raven and Ben, from The Royal Show Affair by Lilliana Rose

City girl, Raven took a chance, the biggest in her life, and moved to Ben’s alpaca farm after the Royal Show. Nearly three months later, she’s trying to adjust to life on a farm, and living with Ben when they hardly know each other. To make the arrangement even more tricky, his mom also lives on the farm, in the same house with them. Above all, she wasn’t prepared for the feeling of isolation that comes with living on the farm.

Ben is enjoying finally being in a relationship, and better still, Raven is living with him on his farm. Life couldn’t be better for him. He’s worried life on the farm might not be agreeing with her. The problem is his commitment to his farm sometimes has to come first. He always thought that once his soul mate lived with him things would be easy. It’s far from that. Will he step up to fight for what he’s always longed for?

Christmas will be different for them both this year. More than they could ever imagine with bush fires threatening their farm. Will it be too easy for Raven to return to the city and her own family? Or will she stand with Ben, and fight for a future with him?

Sometimes you need to fight for what matters in your life. No matter what.

Available from:
Amazon US | Amazon Aus |

Break The Silence by D.K. Hood (Book 7, Detectives Kane & Alton) was released by Bookatoure on 4 November. 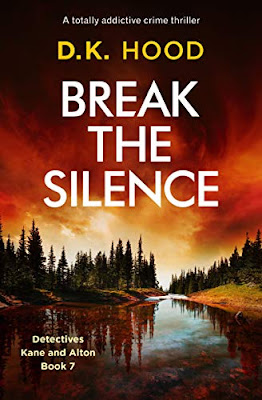 Her head throbbed as she stumbles up the stairs. Music vibrating and the sound of partygoers fill her head as she walks into one of the dark, empty rooms. As she sits on the bed, she hears the unmistakable sound of the door locking behind her. She is not alone.

The body of college student Chrissie Lowe lies curled into a ball – long red cuts along her arms suggesting how she had met her death. Detective Jenna Alton is called in to investigate.

Purplish bruising on Chrissie’s upper arms and thighs make Jenna believe there is more to Chrissie’s death than others suspected, and she soon finds herself following the trail of the student’s last few moments, leading her to the scene of a party that had ended just hours before Chrissie’s body was found.

When Jenna hears reports that Chrissie was seen going into the bedroom of a college football star, she knows that finding out what went on behind that closed door could be the key to finding out how Chrissie ended up dead. But then another partygoer dies in an apparent accident at the campus gym just hours later, and Jenna is convinced the deaths are connected.

Facing a wall of silence from the student population, Jenna has to act fast to find the killer, but soon another student is found dead on the campus. As Jenna sends in one of her deputies undercover, she prays that she hasn’t just sealed his fate. Can she find the killer before any more lives are taken?


Redemption by Christina Phillips (Book 1, Realm of Flame and Shadow) will be released 28 November. This book was previously published by Penguin US under another title and pen-name, but the current book has been completely re-imagined, rewritten and edited.

A fallen archangel saves a woman from a deadly fate, and unleashes an ancient power that could destroy the universe itself…

Gabe has no time for humans after the way they betrayed the ones he loved so long ago. But when he snatches a woman from the jaws of the hellish Guardians, he’s compelled to protect her at all costs. Even if she does drive him crazy with her smart mouth and refusal to fall under his archangelic spell.

Desperate to discover her true heritage, Aurora opens a rift between dimensions. But before she can enter her mother’s world, the most breathtakingly gorgeous man she’s ever met teleports her to an impossible island.

Thrown together, they can’t ignore the scorching lust that risks consuming them, or the threat to Aurora’s existence. When raw sex evolves into something far more dangerous, it’s more than their lives that are on the line.

As Gabe and Aurora race against time to outwit the Guardians, they come closer to uncovering an explosive revelation that will challenge everything they’ve ever believed in.

But deep in the shadows, the immortal Guardians lurk. And they have no intention of allowing Aurora to escape their clutches. Even if it means defying the wrath of an archangel.

Pre-Order from:
Amazon US | Amazon Aus |

Shivers (2019 anthology by the Rockingham Writers Centre) will contain two short stories by D.D. Line and be released in November. 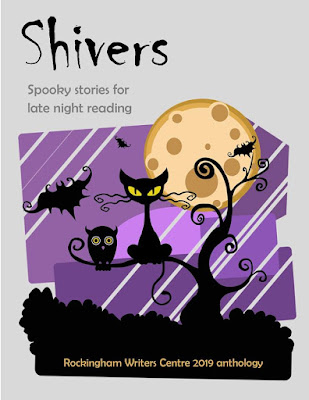 A collection of spooky stories that is sure to haunt the reader long a fter lights out. Ghostly visitations, crimes of passion, cold-blooded murder and strange experiences that beggar belief feature in this anthology of short fiction by 16 writers connected through their passion for story-telling. Although the stories are linked by a common theme, they reflect a diversity of styles. Prepare to be chilled and entertained.

Will be available from:
Rockingham Writers Centre


Congratulations to all our DarkSiders!

Thanks for sharing in our news. Until next time, happy reading!
Posted by Eleni Konstantine at 22:30