In the last few years or so I've been trying to concentrate on reading those books in my TBR pile. I've been focusing on the series I've started (some way too long ago) but also reading releases by writers from groups I belong to. This includes the DarkSiders.

I have enjoyed delving into the worlds created by my fellow DarkSiders. I'm thrilled to say the stories have not disappointed in the least. Not all of them are spec fiction as our members write in more than one sub-genre, but they have all been of high quality.

You can see the titles and reviews on my DarkSiders Goodreads shelf (you'll see former members on this list as well).

There are many more books on my waiting to be read, both in print and electronic forms. As the person who compiles the DarkSider News I seem to add to my To Be Read pile (faster than I can read! But it's a nice problem to have.

I'm trying to get back to the books that have been waiting patiently for so long (having chronic fatigue syndrome, my reading is not as fast as it once was) and I tend to like giving a break between books in a series. It means that I have been trying to read the older books first before starting newer series but I think I need to mix and match.

Here's a selection of my DarkSider reading focusing on speculative fiction...

The Anomaly - Anna Hackett
Paranormal Romance
I recently finished the fourth book in the series. This follows people with amazing paranormal abilities and those who want to exploit them. Each book focuses on a different couple. I really enjoyed the theme of second chances in Salvation. It was a nice surprise.

Myth & Magic - Nicola E. Sheridan
Paranormal Romance
A three book series magic, mayhem and mythical creatures focusing on djinn. The characters are not perfect in these books, which makes them more relatable. It's all about survival. Each book focuses on a different couple.

The Four-Sided Pentacle - Denise Rossetti
Fantasy Romance
A series following mages containing different powers that make up the Four-Sided Pentacle. The mages fight against a dark force called the Necromancer. Secondary characters feature in a couple of novellas (in between stories). Each book focuses on a different couple. Beautifully written prose with a lyrical rhythm. I also adore the covers by artist James Griffin. 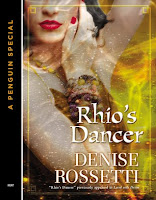 Waiting on next publication

The Light Blade -  Kylie Griffin
Fantasy Romance
I have read the three books released in the series but I believe there are more to come sometime in the future. I love the world-building featuring demons, humans and half-demons. It's about power, trust, suspicion, betrayal and love. Each story focuses on a different couple and furthers our knowledge about the history of this world. I have a cover crush on these books.

Midnight Reynolds - Catherine Holt (aka Amanda Ashby)
Middle Grade
This series follows 12 year old Midnight Reynolds who finds herself being able to see spectral energy. Too bad all she wants to do is fit in. I enjoyed reading these as an adult and would have loved as to read as a tween. Waiting on the release of book 3 in September.

Shadowlands - Shona Husk
Paranormal Romance
One more book to go in this fascinating series about men who have been cursed to the Shadowlands where they could succumb to becoming part of the goblin horde. Each book focuses on a different couple and problem (except the prequel).

Dream of Asarlai - Nicole Murphy
Paranormal Romance
The Gadda are a secret society of magical people who exist in the modern world. There are those who want to take control and change the way the exist. Each story focuses on a different couple. I've read the first two books on the series and looking for book 3 on my TBR piles - literally looking because after painting my office, the books were not put back in the same boxes they came from. Sigh.

Dark Child - Adina West
Urban fantasy with romantic elements
Kat has always felt different to everyone else and she discovers she's part of a secret paranormal world. The world building has a different edge with the word vampire never being uttered. It's fascinating as is the changes we see in Kat. I read this in episodic form but an omnibus of all of the episodes for each book is available also. I've only read The Awakening so far and looking forward to book 2, Covens Rising, which I have in omnibus form. 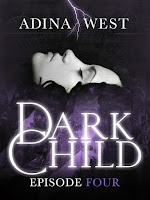 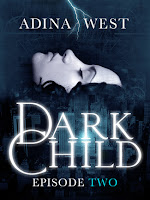 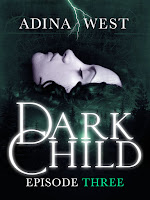 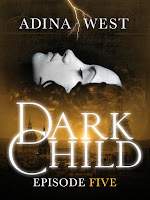 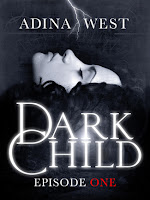 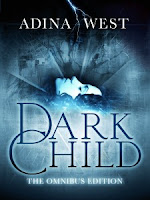 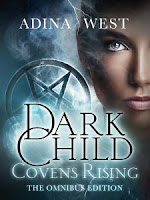 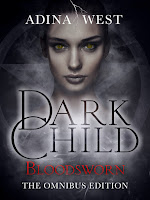 Dark Angels - Keri Arthur
Urban fantasy with romantic elements
This series follows from the Riley Genson Guardian series. Years later, Risa Jones has all grown up. She's the daughter of a lab-enhanced clone mother and an Aedh father. and can talk to the souls of the dying and the dead, see the reapers and walk the gray fields that divide this world from the next. Unlike her aunt, Riley, while she's in shape and passably defend herself, she's not a warrior, though rides a killer motorbike. Characters from the previous series make an appearance and it's great to see where they have ended up. I'm up to book 3 of the series,  Darkness Devours, but that is another book hiding from me. Hopefully I can get to it soon because I have other Keri Arthur series calling me.

King Rolen's Kin -  Rowena Corey Daniells
Fantasy
Follows the story of King Rolen's children as they move in a world where magic is mistrusted and isolated, there is political intrigue, and betrayal lurks around every corner. Fabulous classic fantasy and the covers are so intriguing. I'm up to book 3, The Usurper.

Currently Reading
I always try to have a DarkSider book on the go. At the moment, it's:

This is just the tip of what's on offer from our DarkSiers as we number over 70 members so there's lots of love to be shared around. Check out our website  for the list of members and see what we're up to.

You can catch up with my reading on Goodreads or on my Eleni's Library's blog.

Posted by Eleni Konstantine at 07:00 No comments: 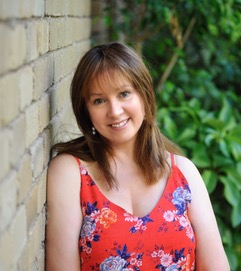 I'm often asked, how much of myself is in my writing? The truth is, I can’t keep myself out, I’ve never tried and I don’t want to.

Like all fiction authors, everything I write comes from my imagination, which has been fed by books and stories ever since I could carry books home from the library. But it also comes from my own experiences and the emotional roller-coaster of my life.

I write urban fantasy and romantic suspense with a paranormal element. Readers often ask me where I get my ideas from. How do you know about necromancy, ghosts, and witchcraft they ask – often with a head tilt and lifted brow. We thought you were kinda normal (insert nervous laugh here). "Have you seen a ghost" is often the next question.

I’m mostly a sceptic … but I’ve experienced a few ghostly experiences so my mind is open about the supernatural.

Was it my imagination, or did we experience a real-life paranormal event at our cheap digs in London? You be the judge.

After several days in a ghastly cheap boarding house, we despaired of ever finding a cheap or cheerful place anywhere near the city of London. It’s so expensive to live there!

On the same day we’d given up and decided to fly home, we came across an affordable furnished flat, empty and available for immediate rent. Within walking distance of archway station, it was the middle floor in a three-storey terrace home that had been converted into three flats by a cockney accented character who could have appeared in the long running TV show Eastenders!

A lovely Canadian couple already occupied the ground floor. The top floor was empty, but the middle floor was perfect. It had lounge room, small kitchen, tiny bathroom, and a bedroom that was just big enough to fit a double bed and a large wardrobe. The whole space was decorated in the strangest assortment of old mismatched furniture, it could’ve been collected over decades of living in the old house. Or perhaps collected for cheap at the local secondhand shop.

The top floor was identical to our own, except with the tiniest galley kitchen I’ve ever seen. And it was cold. So very cold up there. It was as if the heat from the ground floor and the middle floor rose to our ceiling, but then somehow didn’t climb into the top floor at all.

Naturally we shared a staircase with the ground floor and the top floor.

My husband, normally completely immune to any location feelings, refused to go up to the top floor. He just shuddered and said, "it’s weird up there". He was a keen photographer back then however and despite the weirdness he wanted me to hang out of the top story window so he could get a photo from the street!

The floor felt wrong to me. Wrong in ways I couldn’t explain. But I wasn’t afraid, so I agreed to the impromptu photo shoot.
At the top of the stairs the cold engulfed me like it always did. But this time, as I walked towards the window the coldness pushed against my back.

The wrongness I sensed became a suffocating misery.

Something was in the room with me, and it wanted me to open the window.

I jolted to a stop in the middle of the floor. The coldness pushed harder. Had someone fallen out of it once in the buildings history? I called out to my husband, that I felt something in the room with me. He was silent for several seconds. Then he yelled out, “come back down, don’t worry about the photo.”
I ran back down the stairs, he was waiting at the bottom, his Nikon camera and long lens around his neck. His face wore the rigid expression it always did whenever I mentioned my “feelings”.

After coffee and whispered debate, I did end up donning a knitted beanie and scarf, running back upstairs, opening the window and posing for a few photographs. The second time, it was still icy cold upstairs, but nothing pushed me to the window.  It would’ve been easy to discount it as my imagination. But I know what I felt.

It was the days before digital photography and I’ve searched the old photos from that trip. Strangely I can’t find the photo of me gazing down at Stephen from the third storey window anywhere. Maybe I looked cross eyed in the photo, destroyed the negative, and I’ve hidden the memory away in my brain’s vaults!

Or maybe the photo doesn’t want to be found…


KIM is a USA Today Bestselling Author who writes urban fantasy and paranormal mystery for anyone who longs to discover they are extraordinary. She writes about hopefulness and determination, and about heroes who push through extraordinary situations and obstacles, one step at a time. Magical friends and gorgeous guys help (and often hinder) in one adventure after another.

When not writing, or researching, Kim enjoys paper-crafting, gardening, plays with her dogs, chats on social media, catches up with friends or cooks an Indian feast. She is a certified chocoholic.
Kim grew up in Birmingham, UK. She studied medieval history and psychology at Adelaide University in South Australia. She now lives with her husband and a mischievous Moodle in Melbourne, Australia.

Link to Daughters of Ravenswood series