Magic Thursday: You can't judge a book by its cover, right? Umm, Wrong.

by HelzKat Designs (aka Eleni Konstantine)

In this blog post, I talk about reader perception of covers. In a future blog post in 2018, I'll talk about cover design itself.

In art, what one person is attracted to is not what another will be, but in the world of book covers, it's not just about the art, it's about the promise and message a reader gets from the overall cover. Each cover sends a message - I am an 'x' type of book.

For example, have a look the snapshot from our Covers page on our website. 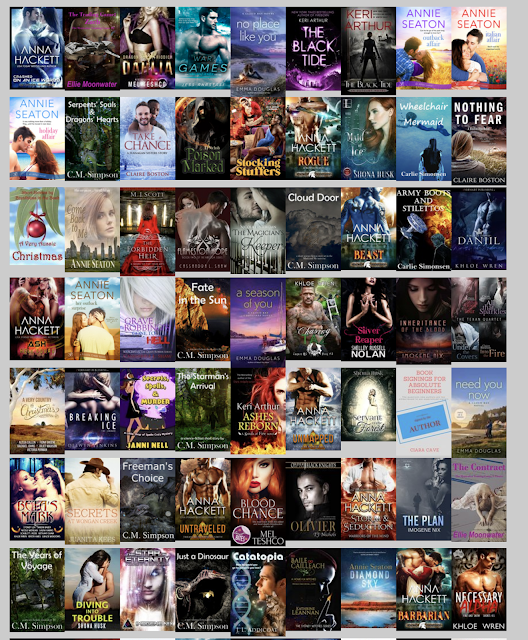 What do you see?

Well, since this is the DarkSide DownUnder, most of the covers have the fantasy, paranormal, sci-fi look about them. The others reflect the genre they represent most notably, romance.

These covers give a short-hand to the reader of what type of story is inside the covers.

Now, since there are mixed genres as well, it's not easy to tell from the cover if it's an urban fantasy or paranormal romance every single time, but there are clues.


From this selection, say you were looking for:

You get my drift and that's only a few titles from this sample, which is only a small collection of our covers over the years, which in turn is only a tiny fraction of what's out there.

Now say a reader brought a book that screamed epic fantasy but it ended up being a cosy mystery? That is going against reader expectation. The author will end up with a bad review, not because the story wasn't good. No, because the promise to the reader - the expectation of an epic fantasy - was broken and if it's one thing readers hate, it's broken expectation.

So let's give you an example. Have a look at these covers I designed for my alter ego, Eleni Konstantine. 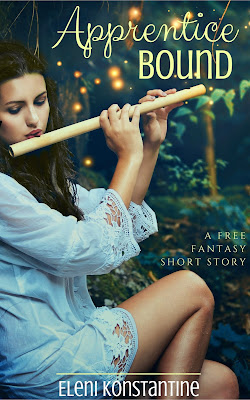 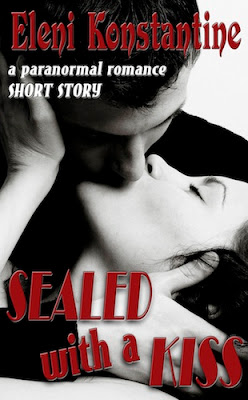 What if Apprentice Bound was a love story with vampires, and Sealed with A Kiss was about a wizard looking for apprentices?

Then the covers would then be all wrong for them.

Instead, Apprentice Bound has a young woman playing a flute in a forest. There are lights around the flute. Add the title name, and the fact it says it's a 'fantasy short story', then the reader can expect a fantasy short story.

Here's the blurb:
Ddrill is on the hunt for candidates for apprentices to enter the Order of Enchantment. Can he find it in the backward land of Marinndi?

Does it meet the reader's expectation based on the cover?
I think, yes.

Now for Sealed with a Kiss: There's a couple kissing. That signals romance. It's a black and white photo, which lends itself to the paranormal. Looking back a vampire symbol would have put it firmly in the paranormal camp, but it does have the words 'paranormal romance' and 'short story' so that base is covered.

Here's the blurb:
Can a gift from her grandmother protect Lise?

Lise doesn’t believe in vampires. Or so she tells herself. Though, she constantly wears the garnet necklace her grandmother gave her, which wards off the creatures. Andreas, the man she’s attracted to, seems more than a little interested in it. Could there be an ulterior motive?

Does it meet reader expectations based on the cover?
Yes, again (though I have noted that it could have been improved).

How do you get the cover conveying the right design?

While I'll talk on actual cover design in a later post, the first thing to do is look at covers in your own genre. Of course, this doesn't mean you have to mimic other covers, but it's a familiarisation exercise to see what you think works and what doesn't. It'll help you see what elements would make a good cover for reader expectation. 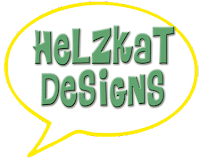 She delivers the right look for each project from book covers, banners business cards, to setting up and customising blogs and websites. She has also given talks to authors on the subject of blogging and navigating in the online world.

She began by designing author banners for her writing persona (Eleni Konstantinte) and her writing groups. After winning the 2010 Little Gems Cover Contest (Topaz), she started to specialise in designing for other writers thus combining her two worlds of design and writing.

In 2018, she's entered the world of pre-made covers. You can see available covers HERE.

Posted by Eleni Konstantine at 00:00