There had been discussion of whether we would continue in our previous form for a number of reasons. The short answer is not exactly. Find out how after some news from our DarkSiders.

Silver Reaper by Shelley Russell Nolan was released 1st October!
This is book three in The Reaper Series. 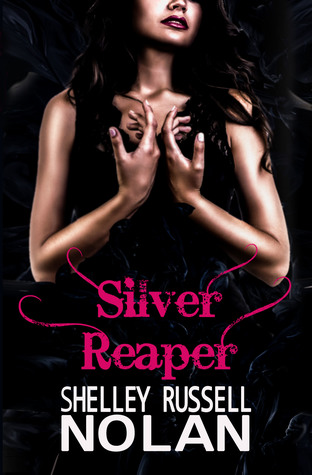 How far would you go to save those marked for Death?

When the call to reap uncovers a new threat to Easton and its inhabitants, Tyler is drawn back into a world she thought she’d left behind.

Forced to face her greatest fears, she seeks to uncover the identity of the rogue reaper murdering men employed by her former ally. But the search leads her to a conspiracy decades in the making.

With the line between friends and enemies blurring, Tyler begins to question her loyalties as she fights to stop the storm threatening to engulf Easton. But when the Grim Reaper offers the last hope, death might be the least of her problems.

Who can Tyler trust when even her allies want her dead?

You can buy it on Amazon US and Amazon Aus.


The Black Tide by Keri Arthur is now available for pre-order over at iTunes and Amazon for our North American friends.

This is the third and final book in The Outcast Trilogy. 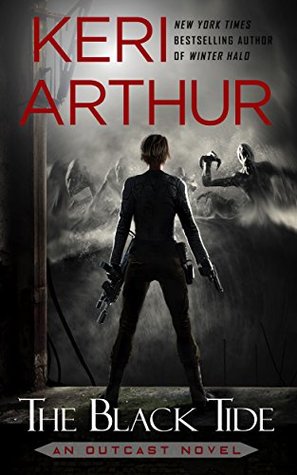 New York Times bestselling author Keri Arthur brings her Outcast series to a breathtaking conclusion as Déchet supersoldier Tiger races against time to save humanity from darkness and total annihilation….

Though Winter Halo–the pharmaceutical company behind the evil experimentation on both children and adults–has been destroyed, the danger is far from over. Not only do seven children remain unaccounted for, but some of the vampires are now able to walk in light.

The key to stopping the unthinkable lies in finding Ciara Dream, the last member of the trio behind the plot to give full light immunity to both the vampires and the Others. But Ciara, like Tiger herself, is a shapeshifter, able to take on any human form she desires.

To find her, Tiger will need to use every skill in her formidable arsenal, and even that might not be enough to save the city and the people she has started to care about.

Because the vampires are coming, and this time, the lights won’t stop them.

You can pre-order at:
iTunes US | iTunes CA | Amazon US | Amazon CA

Hell's Bell by Keri Arthur has got an amazing cover!

It's book 2 of the Lizzie Grace series and due for release February 2018. 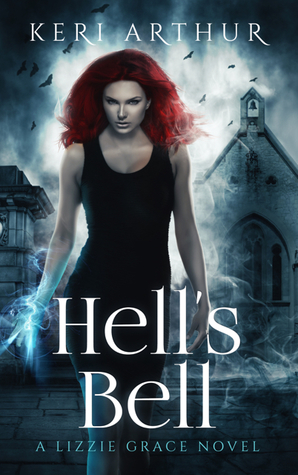 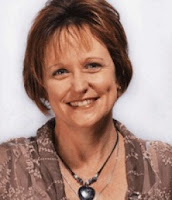 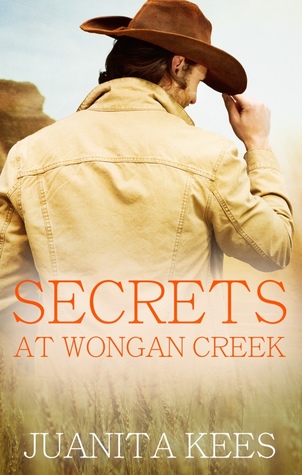 Welcome Juanita Kees to the DSDU!


Check out her bio page over on our website.

Her latest release is a rural romance called Secrets at Wongan Creek.

It is book two of the Wongan Creek series.

When spray drift ruins his crop and throws his ability to hold on to the family farm in question, Harley Baker wants to confront his neighbour and shout his rage and worry to the sky. But arguments are tricky when the woman whose herbicides killed his crop is also the woman he’s loved his whole life.

Tameka Chalmers knows that her father’s farming methods are outdated, inefficient, and even dangerous, so when Harley charges her with the loss of his livelihood, she can only accept the blame. There’s so much she would like to do differently, but her father’s rule is absolute and if she wants to keep working the farm she loves, she must do as she’s told.

But the simple action of speaking with Harley, the man she wants but can never have, starts an unexpected chain reaction of events that throw everything she’s ever known into question: her past, her family, her life. Dark secrets come to light and when Tameka is injured in a house fire, she and Harley have one small chance to seize a lifetime of happiness, if only they are able to rise from the ashes and claim it.

You can find the buy links here.

Since we missed out on some of our releases during the year, we'll feature some every month.


The Lady and the Pirate by Bernadette Rowley is the third book in the Wildecoast Saga and was released in February. 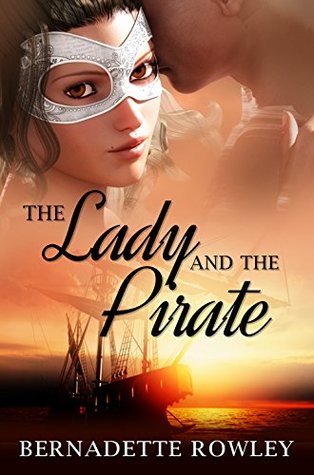 Lady Esta Aranati, burdened by an impoverished estate, has turned her hand to smuggling. She leads a double life, a mask and wig the only shields that protect her reputation. Swashbuckling pirate Samael Delacost craves her cargo and her heart. But before he can be worthy of her love, he must exorcize the ghosts of his past. An irresistible connection binds them but will that be enough to convince Samael to turn his back on the sea, or for Esta to take a chance on happiness she doesn’t think she deserves?

The Lady and the Pirate continues The Wildecoast Saga, with popular The Lord and the Mermaid characters Nikolas Cosara and his wife Merielle featured in this latest instalment from Bernadette Rowley.

You can get a copy at Amazon US and Amazon Aus.


Blood Kissed by Keri Arthur  was released in May.  It's book 1 of the Lizzie Grace series. 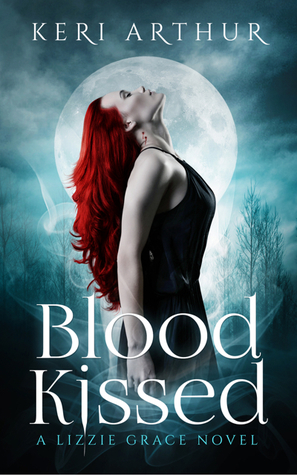 In a world where magic and science sit side by side, and powerful witches are considered necessary aides for all governments, Lizzie Grace is something of an outlier. Though born into one the most powerful blue blood witch families, she wants nothing to do with either her past or her magic.

But when she and Belle, her human familiar and best friend, open a small cafe in the Faelan werewolf reservation, she quickly finds herself enmeshed in the hunt for a vampire intent on wreaking bloody havoc. It’s a hunt that soon becomes personal, and one that is going to take all her skills to survive–that’s if the werewolves, who hate all things witch, don’t get her first.

Finding Paradise by Juanita Kees was released in March. It is book one of The Gods of Oakleigh. 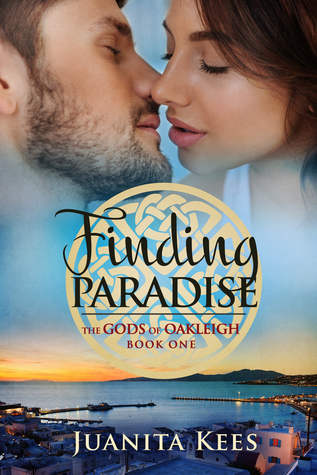 From the shores of Mykonos to Melbourne Australia, Arian and Ajax find that sometimes in life or death true love is worth fighting for.

Arian Kendrick has always felt she doesn’t quite fit in. On holiday in Mykonos she rescues a little girl from drowning and discovers powers she didn’t know she had. As her long-dormant mystical talents blossom, so does her heart when she meets Ajax, the handsome, mysterious Greek-Melbournian who swears he is destined to be in her life.

After falling on his sword after the Battle of Troy, Ajax the Great is banished to Van Diemen’s Land where he must search for a way to redeem his soul. Two thousand years later, he is given a second chance when Zeus orders him to Mykonos to search out and protect the future Queen of the Faeries, Arianrhod. The last thing he expects is to fall in love.

But every romantic island holiday must come to an end, and the mysteries and fairytales of Mykonos fade into the suburban reality of Melbourne where Arian begins to doubt Greek lore and the magic in her veins.

Can Arian embrace her mythical legacy in time to save her people as Hades threatens to destroy Paradise forever, and will Ajax rise to fight by her side, or is he destined to fall on his sword for eternity?

The quiet suburb of Oakleigh may never be the same again. Not as long as the gods are in town...

You can buy it on Amazon US and Amazon Aus.


Now we continue with our DSDU news...

The website will continue to host our DarkSider bio pages.  However they will be have a different look as we'll be using widgets from Goodreads for the covers. This cuts down on volunteer time and also gives us another avenue where we'll be located (more on this later).

We'll be slowly working on updating all our DarkSiders' pages in the coming months and we apologise for any inconvenience.


From 2017 onwards, our covers page will use a widget also. 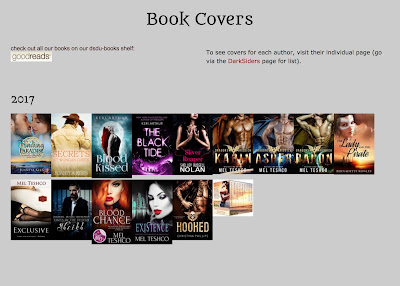 This blog has also been updated in relation to columns.

DarkSider News (formerly Good News) will be on the 1st Monday/Tuesday of the month. This will feature good news from our DarkSiders as well as any news regarding us in general. This will be run by Eleni Konstantine.


Magic Thursdays  will be on the 2nd Thursday of the month.  This is a column that covers promo, giveaways, articles on any aspect of writing, speculative fiction, feature an excerpt (formerly featured in a A Bite of.. column), or other interesting topics (eg mythology). This is run by Janni Nell.


Darklight On will be on the 4th Saturday of the month. This combines the three columns, Darklight On, Enchanted Orb, and What We Are Reading. It is a focus on the author. This is run by Shelley Russell Nolan.

Twitter
We'll have more of a presence again on Twitter concentrating on announcements to begin with.  It will be run by Juanita Kees who has joined the DSDU team.

We've created a Goodreads presence where we will be setting up shelves with DarkSider books.  This will be run by Eleni Konstantine.

Thanks to our volunteers we're re-energised and we are back!
Congratulations to all our DarkSiders with good news.

Posted by Eleni Konstantine at 08:30