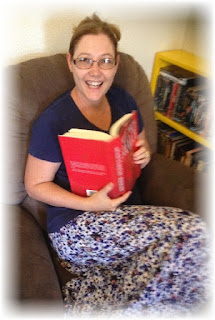 Writing the next book

I recently read a great post by fellow Darksider Donna Maree Hanson on drafting a trilogy. It was an interesting read and highlighted some of the problems faced when writing a story that needs multiple books to be told. It got me thinking about where I am up to in my Reaper Series and how the story can evolve from book one to book three. 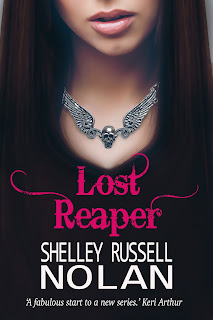 When I first came up with the idea of a series about a murder victim who is resurrected by the Grim Reaper after she agrees to work for him, I originally planned for Tyler’s story to be told in three books. I got to work on the first book, Lost Reaper, and after a couple of masterclasses, mentoring from Louise Cusack, and a structural edit from a freelance editor, I was ready to submit it to publishers. I had a rough outline of books two and three and thought I was all set to go.

Lost Reaper was published with Ormiston Press in Oct 2015 and in discussions with my editor, the fabulous Sandy Curtis, we decided it would be better as a two book series. So I got to work writing the second book, Winged Reaper. While I was working on the first draft I got the idea for what I thought would be a stand-alone spin off, with a different heroine but a couple of the characters from the first two books as well.

When it came time to submit Winged Reaper, Ormiston Press was winding down operations and introduced my work to a new publisher, Helen Goltz at Atlas Productions. I soon had a two book deal to republish Lost Reaper (out now) and publish Winged Reaper (released 1 Oct). During the edits for Winged Reaper, Helen made a comment about a possible direction for a third book.

My brain went fuzzy. I already had an idea, didn’t I? My brain, as it always does, went off on a tangent and suddenly I was incorporating my idea with Helen’s and a whole new picture emerged of what book three would be about. I’m busy outlining Rogue Reaper as I write this and am looking forward to seeing how Tyler will overcome the next set of obstacles to land in her path.

There is a storm brewing in Easton and Tyler Morgan is going to be smack bang in the middle of it. 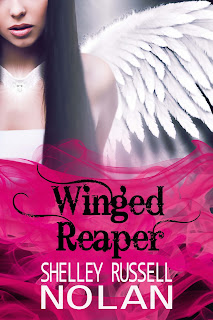 Secrets, lies and the Grim Reaper: a recipe for disaster!

Twenty-five-year-old Tyler Morgan is only alive—technically reborn—because the Grim Reaper offered her a job. Now she has to find a way to stop her ‘boss’ from starting a war that threatens the survival of mankind.

Weak and in need of fresh souls, the Grim Reaper has sent his Wraiths to Tyler’s hometown, Easton, and by the time he gets his fill, it could turn into a graveyard.
Tyler’s resolve is tested when old secrets surface and a new betrayal has her questioning where her loyalties lie.

Supported by the intriguing detective, Sam Lockwood; the handsome, wealthy Chris Bradbury; and sources she never expected to come to her aid, Tyler must fight her way to the truth if she is ever to find the strength to harness the powers she has inherited, and vanquish the Grim Reaper forever.