Today's Darklight On is ... Marie Dry 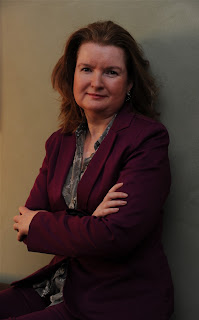 I was going to do this blog about craft, but I woke up this morning and for some reason thought about a writer’s career path and all the choices they have to make. Maybe it was J.K. Rowling and a few other well-known authors who shared their rejection letters recently that steered me in this direction. I thought getting rejection letters and having to meet deadlines would be the hardest part of being a writer. Instead I found the decisions you are faced with the hard part. And writing when life gets in the way contributes to the reasons why writers make certain choices. 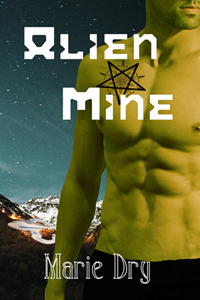 The first choice I was faced with, came at about 2010. Suddenly everyone and his friend and neighbour was talking about self-publishing. The stigma was gone from it and that was when E.L. James sold millions of copies worldwide with Fifty Shades. Everyone also wanted to write romance. Like every other author, I also struggled with the question of, should I exercise the option to self-publish. I thought the writing and editing courses I took would mean I would put out a polished, well edited book if I do decide to self-publish. Looking back I realize, the fact that I thought that a few editing courses could replace an editor working through my book, showed that I was not ready for self-publishing.

I still struggled with concepts like show and tell, character development, inciting incident, Point of View and Deep Point of View. Still I couldn’t wait to hold my book in my hands and see my story in print. I kept trying to convince myself that even though several editors rejected my book, the story was so good I would have readers falling over themselves to buy my book if I do self-publish it. Any author struggling with doing a day job, writing at night and caring for relatives will know the attraction of self-publishing and earning more than the small percentage you get when you sign with a publisher. At the time I also didn’t realize that self-publishing means you run a business and you have to be on top of every aspect of publishing.

In the end I promised myself ten years of learning my craft and working hard at getting a contract. My thinking was that I wanted to force myself to try harder, dig deeper into my characters each time I get a rejection. Although I wrote stories my whole life, at that stage I’ve only worked at getting published for three years. So I promised myself ten years of working at my craft and sending manuscripts to publishing companies, improving it with every rejection, even though I was very tempted by the self-publishing option. 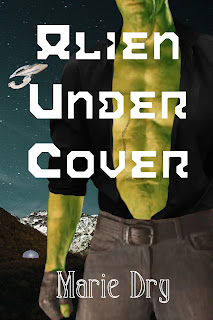 It took me seven years to reach my goal. Seven years of writing every day even when sometimes I had to work until late at night at the day job. No matter how tired I was, I’d come home and sit down and write for an hour to make sure I don’t lose the habit of writing every day. Then of course came the hard part. Do I write the rest of the books in the series of the book that was accepted? Should I try to put out other series, single title, or maybe I should try for a big publisher? What about writing category for Harlequin. Should I rather put all my energy there?

Learning the craft of writing is child’s play compared to these kinds of choices. Up to now I put out one Zyrgin warrior a book a year because I simply didn’t have the time at that stage to write more. And I’m a slow writer, a snail could beat me without even trying. Thinking back, I wish I had written the rough drafts of the first six and edited them and put them out closer together. Though that is hindsight and in the end I am satisfied with the choices I made. I have a file full of rejections and I’m so proud of that file. It means I worked hard, I never gave up and in that same file I have my acceptance letters.

I put in many hours for that one book a year I put out, but I tell myself that is all right because my all-time favourite author is R. Lee Smith and she rarely put out as much as a book a year. I would read her books even if she only wrote one in every five years. So I’m hoping enough people like my stories that they will wait for that one book a year. Though this year at least I handed in two manuscripts. I’m hoping to be able to do three next year. 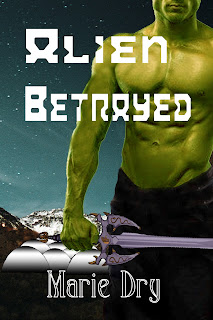 I’d love to hear about other authors career paths and difficult decisions. What was your journey and are you happy with the choices you made and the results you achieved? What difficult choices are you struggling with? And from readers I’d like to know if they would read an author’s book if they put out one book in every five years.

Ever since she can remember Marie Dry wanted to travel. She had had the privilege of living in Zambia, Morocco, and Spain and sees herself as a bit of a gypsy. Every few years she gets restless and has to be some place new.

She read romances since she was nine and was fairly young when she decided she would write the perfect story that had all the elements she looked for in a romance. In 1997 she decided to go all out with her writing and to get published. Being published by Black Opal Books is a dream come true for her.

There are several wonderful moments in her life that she would never trade for anything. One of them is meeting President Nelson Mandela and the second being published. Her book Alien Mine was released by Black Opal Books in June 2014.

Posted by ShelleyRNolan at 06:00 4 comments:

Email ThisBlogThis!Share to TwitterShare to FacebookShare to Pinterest
Labels: Darklight On, Marie Dry

A Bite Of... Dead Monk Walking

Today it's my pleasure to introduce Janni Nell with a Bite Of... Dead Monk Walking. 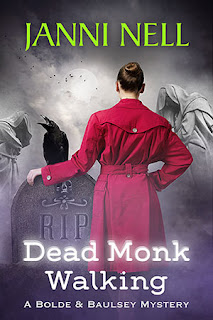 Can you, in less than five words describe your book Dead Monk Walking?
Fun, paranormal mystery.

Who is your favourite character in this book? Natasha Bolde is a total skeptic when it comes to the paranormal, but she’s forced to rethink her beliefs when she comes face-to-face with a ghost. Soon she and the ghost are working together to solve a five-hundred-year-old mystery.

What inspired you to write it? Cornwall was a huge inspiration. I’ve long wanted to set a story in this lovely part of Britain. It was great fun creating a mystery that used Cornish legends and some of the wonderful historical sites.

And here’s the excerpt!
After making my way past the herbaceous border, I pushed open the rusted gate in an old stone wall and made my way into the less cultivated part of the garden. To my left, a swath of undulating land was dominated by several beautiful oaks. To my right, a path led to the Monk’s Grove. I turned right. Not because I expected to see the ghostly monk, but because the grove looked interesting and mysterious. I’d helped Clover with a couple of cases, and found that I enjoyed solving mysteries even if I wasn’t very good at it. I had expected to improve under Clover’s mentorship, but that wouldn’t happen now.

Swallowing my tears, I entered the Monk’s Grove. It was cooler beneath the trees. Gray shadows mingled with the scent of recent rain. I followed the path, which wound between neatly trimmed shrubs, until I reached a little clearing with two stone benches. The birdcalls seemed muted here and the leaves in the trees were unnaturally still. A faint scent of decay hung in the air. There was a feeling of nature holding its breath, waiting.
I heard a rustle in the bushes and turned toward the sound. Near the far side of the clearing, a figure was moving through the shrubs. I couldn’t see much below his shoulders, but his head was covered by a dark hood like a monk’s cowl. Was someone dressed up pretending to be the ghost? Did all the guests get this haunted-grove experience? Was it part of the package? Too bad I wasn’t in the mood to play nice.
“Hey! You!” I called. “I don’t believe in ghosts, so you might as well go have a tea break or something.”
When the figure didn’t respond, I marched across the clearing determined to identify him. Shrubs and undergrowth separated us, but I could see that his head was bowed, and the hood was pulled down to conceal his face. He seemed to be searching for something on the ground. His sleeves had been rolled up to the elbows and the exposed skin was covered in dirt. One hand clutched a trowel.
“Hey,” I called again. This time he turned toward me. The hood fell back revealing the face of a woman.
Rivers of dark hair spilled over her shoulders, contrasting sharply with her pale cheeks. She looked to be about thirty, average height, but too thin. She was wearing a dark hoodie, not a monk’s habit. Her vacant eyes looked right through me. “I have to find them. I have to find them,” she mumbled.
“What are you looking for?” I asked.
She blinked, her eyes struggling to focus. “I know they’re here somewhere.”
“If you tell me what you’re searching for I’ll help you find it.”
She shook her head as though an explanation was beyond her. Then she set off, weaving between the trees, muttering, “I have to find them. I have to find them.”
I followed her through the shrubs, pushing branches aside.

Thanks for sharing Janni.
If readers would like to know more about Janni Nell and her fabulous work, be sure to check out the links below.