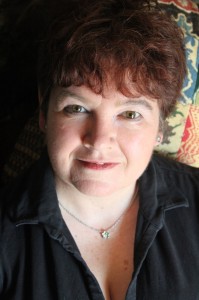 When a series is done…

In July, the third book of the Jorda Series, ‘Protecting her Heart’, was released. 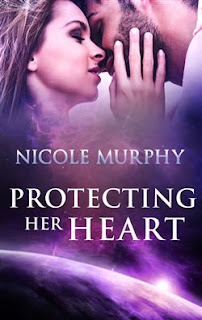 I had such a ball writing the three books in this SF romance trilogy. It was a long time coming – I first conceived of the idea somewhere around 1983! The characters had me from the start, but it took a long time to find the story that best suited them. W

When I did, the stories just poured out of me. Even ‘Protecting her Heart’, the hardest of the three because I didn’t know I was going to write it until I did, was one of my most enjoyable writing experiences.

So when it’s all done, and the stories are finished – it can be a bit of a let down. I adored working in that world. I can still see potential in it. But sometimes you have to drop something and walk away, because to stay there too long will be overkill.

Which makes the fact the very next book I wrote was related to my very first trilogy (the urban fantasy ‘Dream of Asarlai’) somewhat of a hypocrisy. But it had always been my plan that there would be six books set in the Gadda world (in fact with the novella there’s going to be seven, and there’s been a couple of short stories too) and I knew that what I was doing was fresh and interesting.

And there had been several years between the publication of the first trilogy, and working on the second trilogy. So it felt more like returning to a place I’d loved and finding out it was still cool to visit, rather than sticking somewhere because I was scared to move on.

It’s been great to sink back into that world again. I don’t have to create anything else – it all exists, full and ripe and ready for me to play in. So I can let my characters loose, let them do what they need to do, and enjoy it all happening in what is to me a real, settled place.

Who knows – maybe in a few years, inspiration will strike about Planet Jorda and I’ll head back there again and see what has changed, and what has stayed the same. In the meantime, it’s Sclossin and the world of the magical Gadda that now has me entranced.

Except for the cool new idea that’s buzzing in my mind. The idea I can’t start working on for more than a year because of commitments.

Anyone know how we’re going with that cloning thing? 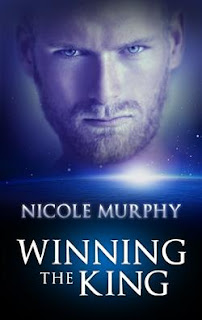 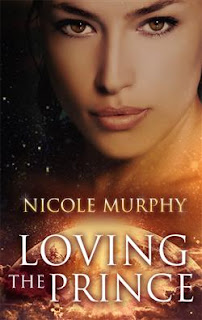 Nicole Murphy is the author of the ‘Dream of Asarlai’ urban fantasy trilogy and the ‘Jorda’ SF romance trilogy. As Elizabeth Dunk, she writes contemporary romance and erotica. She lives in Queanbeyan with her husband Tim and their budgie Freddy. 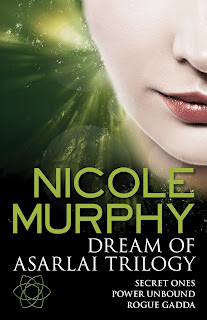 You can find links to buy the Jorda series of SF romance here: Escape Publishing

Or buy the Dream of Asarlai trilogy here: HarperCollins


Thanks, Nicole﻿
Posted by ShelleyRNolan at 06:00 2 comments:

Email ThisBlogThis!Share to TwitterShare to FacebookShare to Pinterest
Labels: Darklight On, Nicole Murphy

This month's Enchanted Orb post is with Claire Boston who shares the inspiration behind her writing life. 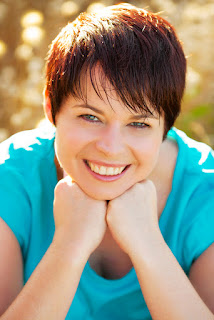 
Most writers begin a story or a novel because they’ve had a great idea and want to get it down on paper. Each person has their own end goal: some just want to write a novel, some want to be published, and some want to make a living from their writing. I fall in to the latter category. I want to earn enough from my novels that I can write full time, so at some stage I needed to address the business side of writing.

There are some creatives who think business is a dirty word, but I’m not one of them. I see it as a means to my end goal. The truth is authors are their own small business. They need to track their expenses and their income and think about things such as promotion and marketing, and whether the contract they’ve been offered is right for them. In today’s market they also need to decide whether they want to go down the traditional publishing route, try self-publishing or do a hybrid of both.

For me I wanted the traditional publishing contract because I felt that would validate my writing – someone I didn’t know thought my novel was good enough to be published. But after I got that first contract I was already thinking about how I would get my second one, so I began to think with my business head on.

I emailed my publisher and asked them what they would like from me next. I pitched them several ideas that had been floating around my head for years and I suggested I could do a sequel to the first book. I figured if I wrote what they wanted, I’d have a better chance of getting that next contract. In the end they liked one of my story ideas, but they wanted me to make it a sequel to What Goes on Tour. That was perfect for me. It saved me the decision of which of my story ideas I should write next and also gave me the setting for the story.

By the time I finished writing what would become All that Sparkles, I knew I had to write two more stories in the series; George’s story and Piper’s story. When I sent through All that Sparkles for my publisher’s consideration I also pitched the rest of the series and the result was a three-book contract and The Texan Quartet series was born. Thinking about the business side of writing enabled me to get multiple contracts and take the next step towards being a full-time author. I can highly recommend mixing business with creativity.

Under the Covers is George’s story and book 3 of the series. 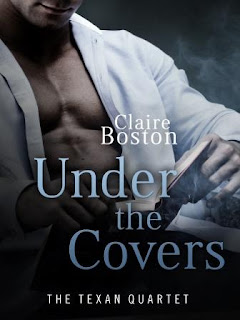 
What if the one time you didn't want love was when you truly needed it?


Forced to flee her abusive ex, alone with no support, Elle is determined to rebuild her life and protect her five-year-old son. Not one to take the easy road, she opens a bookshop café, but opening day almost ends in disaster. In the midst of this chaos, the last thing she needs is a man as charming as George Jones getting in her way.

George has always been a sucker for a damsel in distress, and Elle ticks all the boxes. But Elle's not interested in being rescued by anyone, especially not him. She knows her taste in men can't be trusted, but fighting George's charisma is harder than she expected. And George, who is not one to ignore an itch, has found there's something about Elle that's got under his skin.

When Elle's ex turns up to cause trouble, George must overcome his boyish flirtatiousness if he's to convince Elle to trust herself and let him into her life. But can Elle put her past behind her before it overwhelms her present?

About the Author
Claire Boston is the best-selling author of The Texan Quartet. In 2014 she was nominated for an Australian Romance Readers Award as Favourite New Romance Author.

Her debut contemporary romance novel, What Goes on Tour caught the attention of Momentum’s Joel Naoum when her first scene was read aloud at the Romance Writers’ of Australia (RWA) conference in 2013. This led to a four book contract for The Texan Quartet series.

Claire is proactive in organising social gatherings and educational opportunities for local authors. She is an active volunteer for RWA, as a mentor for aspiring authors and the reader judge coordinator.

When Claire’s not writing she can be found in the garden attempting to grow vegetables, or racing around a vintage motocross track. If she can convince anyone to play with her, she also enjoys cards and board games.

Claire lives in Western Australia, just south of Perth, with her husband, who loves even her most annoying quirks, and her grubby, but adorable Australian bulldog.