A Bite Of... Mending the Shroud


This is week it is my pleasure to warmly welcome J. M. Bray, with A Bite of... Mending the Shroud.

The second in the fresh, exciting romantic fantasy Shroud trilogy takes up where Tearing the Shroud leaves off – with the lives, the loves, and the mythical world beyond our own. 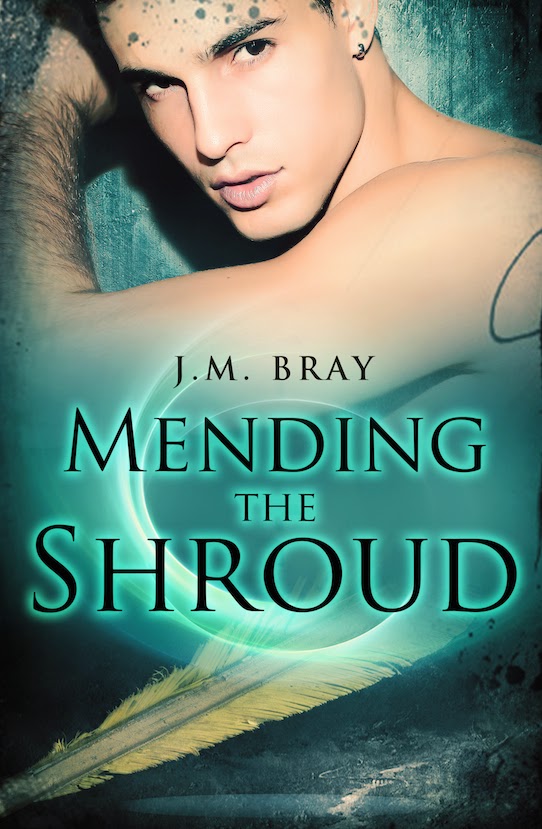 Can you, in less than five words describe your book Mending the Shroud?
Romantic, Tense, Sweet, Exciting

Who is your favourite character in this book?
Oh that’s tough, like choosing one child over another. Jule, the heroine, is central to everything. She faces challenges and life-threatening situations head on and does so with grace, humour, courage and skill. Though Vincent is the main character, he wouldn’t make it without her…literally. Plus, she races Porsches, how can you not love her?

What inspired you to write it?
Since I’m a pantser writer, I’m not really sure how things are going to go. When I was part way through Tearing the Shroud, book one in the Shroud Trilogy, I realized that the novel was coming to a close, but the story wanted to take another step. Neither the characters nor I were ready to part ways. They told me so.

And here’s the excerpt…

Jule set the suitcase down and checked her mailbox in the lobby of the dorm one last time. When she bent to pick it up, her hand only found air. She frowned and snapped around. Vincent stood on the other side of the room holding the case. ‘Looking for this?’

Should she chew him out or eat him alive? That man was positively yummy. ‘I’m glad to see you haven’t lost your ability to move quietly.’ Jule tilted her head and walked to him. She knew what the look did…eating him alive would be so much more fun.

‘Nah, I had that before Coleman showed up.’

‘Since you seem to want that so badly, you can carry it to the car for me.’

‘I suppose I could, for a price,’ he said with a playful smile.

‘No money? I guess we can take it out in trade then.’ He kissed her softly as she wrapped her arms around his neck.

Yes, sooo much more fun. ‘Mmm I like that kind of payment. I’ll do business with you anytime,’ she said.

‘Yep. My parents are bringing my cold weather clothes down from Monterey.’

‘Cool, let’s be off.’ They walked to the door, and she opened it for him.

‘You’re very welcome, sir,’ she said as he passed her. She watched him walk toward the car waiting at the curb, with Flea and Knife in the back seat. Vincent’s dark hair caught the sunlight, and his worn 501 jeans formed to his muscular body in all the right places. The way he moved made her tingle…also in all the right places. It had worried her slightly when he hadn’t pursued her sexually after the dust settled from the craziness they’d endured. Then he’d told her quietly one night as they walked to her dorm, ‘I’ve…well you know…I want to be with you…but…’

A knot had started to form in her stomach because it sounded like a breakup. When he revealed that he was a virgin, she had almost giggled with relief. Thankfully, she’d stopped herself. Giggling after a statement like that would not have been the best option.

The moment had been right. Though her nerves tried to derail things, and she’d thought she might have an aneurism, Jule told him about her past. The guys she’d dated and how many she’d slept with, everything that caused previous boyfriends to back out of a relationship. When she’d finished, he didn’t speak. They’d strolled for a while before he huffed and shook his head. Turning to him as they stopped, she saw his gentle smile as he’d said, ‘At least one of us will know what they’re doing.’

After a long and heated embrace, she’d made it plain that she would accept whatever he was comfortable with, letting him find a time that was best for him. Her first sexual encounter had been a situation and time of her choosing. Jule wanted the man she loved to have the same choice.

The changes she noticed in him since sharing his body with Coleman were subtle and beneficial. He had gone from being an overly introverted guy, more like a twenty-one-year-old teenager, into a man. And what a man he was. She smiled. He’d shared his struggles with feeling somehow less and being all thumbs since Coleman left. She assured him the stumbling, so unlike his normal self, would pass…but the emptiness. Would she fill that void, or would it always be there? She would wait and see, like she waited for his intimate touch.

She watched him lean over and put the suitcase in the trunk. He sure made waiting tough on a girl. She gave his backside a caress, and he jumped.

‘Oh,’ he exclaimed as he turned.

She batted her eyes at him. He loved their almond shape. ‘Did I do that?’

He smiled, and his voice went buttery smooth. ‘I hope so. Do it again, anytime you want.’

‘Oh don’t you worry about that, I will.’ She kissed him long and hard then eased away. It wouldn’t be a good idea to tackle him in the parking lot. Later, Jule.

‘So are you guys going to make out back there all day?’ Knife asked.

‘Yeah, cause if so, I’m gonna sell tickets and make some cash,’ Flea added.

Jule ignored them. ‘Do you have a new cologne?’

‘No, I’ve been wearing Sex Appeal since high school, but I didn’t put any on today. Why?’

Jule snuffed a chuckle. They were in for an interesting weekend, to say the least. She looked around. ‘I smell mint.’

‘I’ve smelled it too,’ Vincent said. ‘Maybe maintenance is clearing some out. It grows like a weed here.’

‘I’m sure that’s it.’ Jule nodded as she set her backpack in the little white car.

‘You brought your knives, right?’

‘Yep, they’re all hidden in the backpack,’ she said as she closed the hatch.

‘Ok, let’s hit it.’ He opened her door. ‘We need to stop at the bottom of the mountain for a couple of items.’

‘Let’s do it, or hit it…or something,’ she said with a wink then slid into the old Celica with laughter rolling from the backseat. Vincent got in and drove slowly through campus as she flipped on the radio. A catchy riff by Modern English rolled from the speakers. The song spoke of putting everything in the world aside for the person you love. Jule slipped her hand onto Vincent’s leg and his blue eyes met hers, warming depths of her soul she didn’t know existed. They didn’t speak, and didn’t need to. I’ll Melt With You was their song and uncannily reflected what they’d faced…and hoped for.

If you like the sound of J.M.'s book and want to find out more about him, check out the links below.


J.M. Bray lives in Southern California with his college sweetheart and their two dogs. After a lifetime together, they are happier than the moment they met. When not writing or working his "day job", he loves to cook, play the guitar, and travel with his wife. Every chance he gets, he races an old Porsche named "Tuffy" at tracks in the southwest. 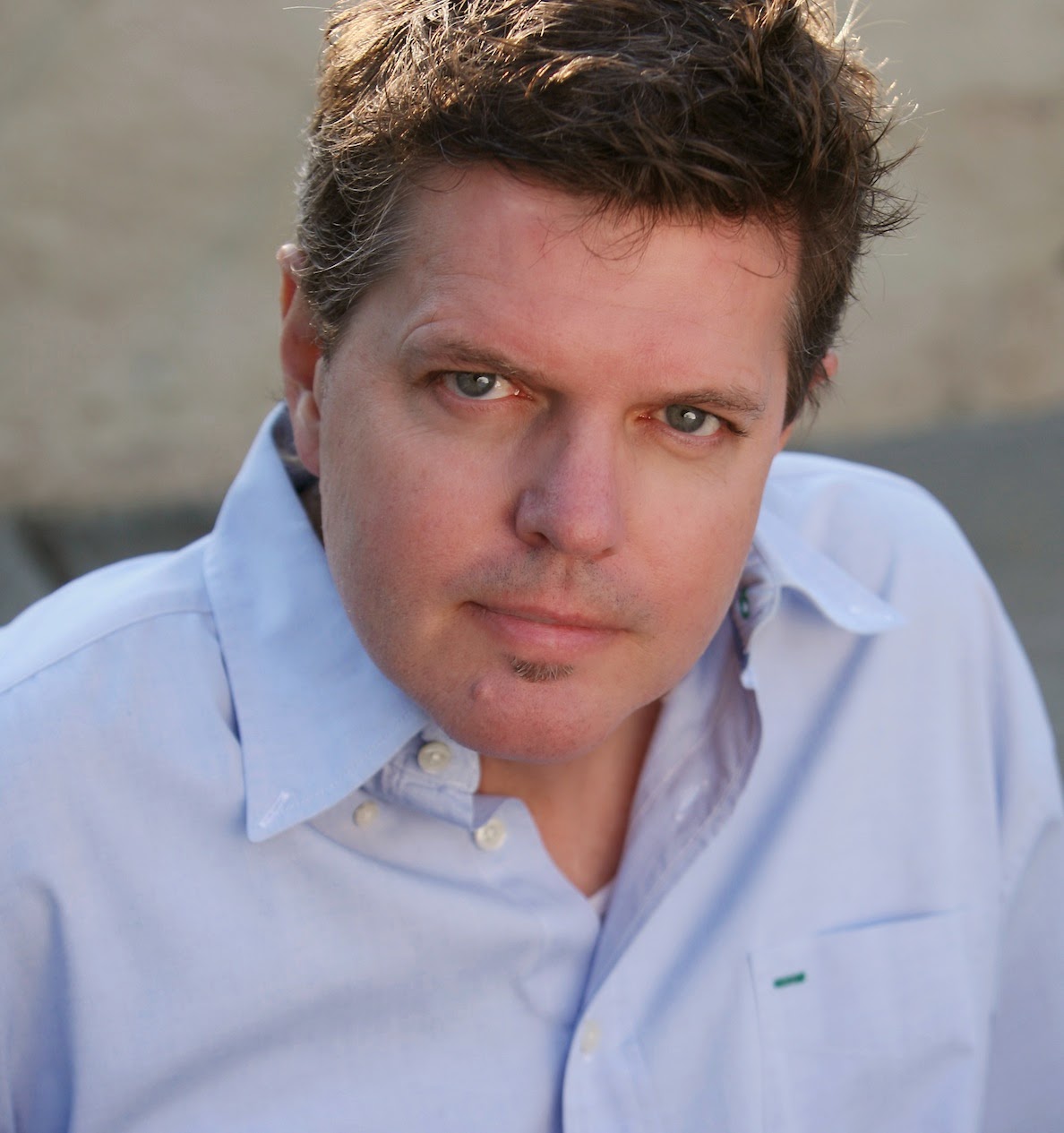 Email ThisBlogThis!Share to TwitterShare to FacebookShare to Pinterest
Labels: A Bite Of..., excerpt, J. M. Bray., Mending the Shroud, snippet