Thank you to the Darksiders for hosting me here once more. This week, I thought I’d talk a bit about some of the things I considered when developing and writing about the magic of Tzamesch, where the Shadow Series is set. 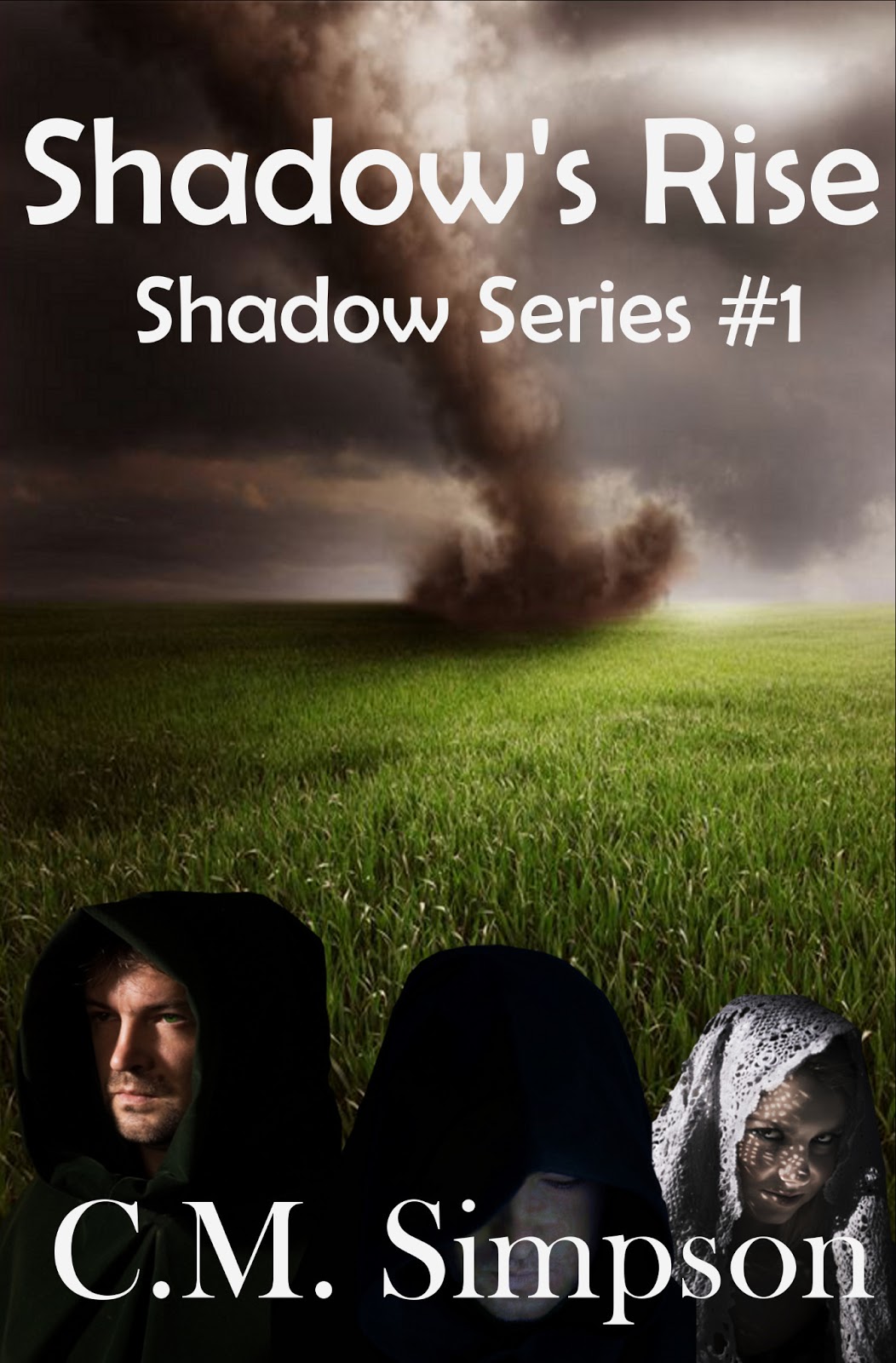 Some writers build their work with encyclopaedic accuracy before they ever start a story. I have never been able to do it that way; I find it stifles the story process for me. Instead, I use a combination of learning about my world through storytelling, and then working out the logic behind what I’ve ‘seen’ happen in the story and writing the rules so that I have consistency in the rules governing the world.

For instance, when I first started writing Tzamesch, I knew I wanted there to be something a little bit different in the way magic operated. I didn’t like the idea of wizards having to learn a set number of spells at the beginning of the day, like they are required to do in some roleplaying systems. I didn’t like the idea of wielding magic being so exhausting that even the smallest spell took a great physical toll. I didn’t think all magic wielders should work the same way, but I also didn’t know exactly how to describe what I wanted until I’d used magic in the story. 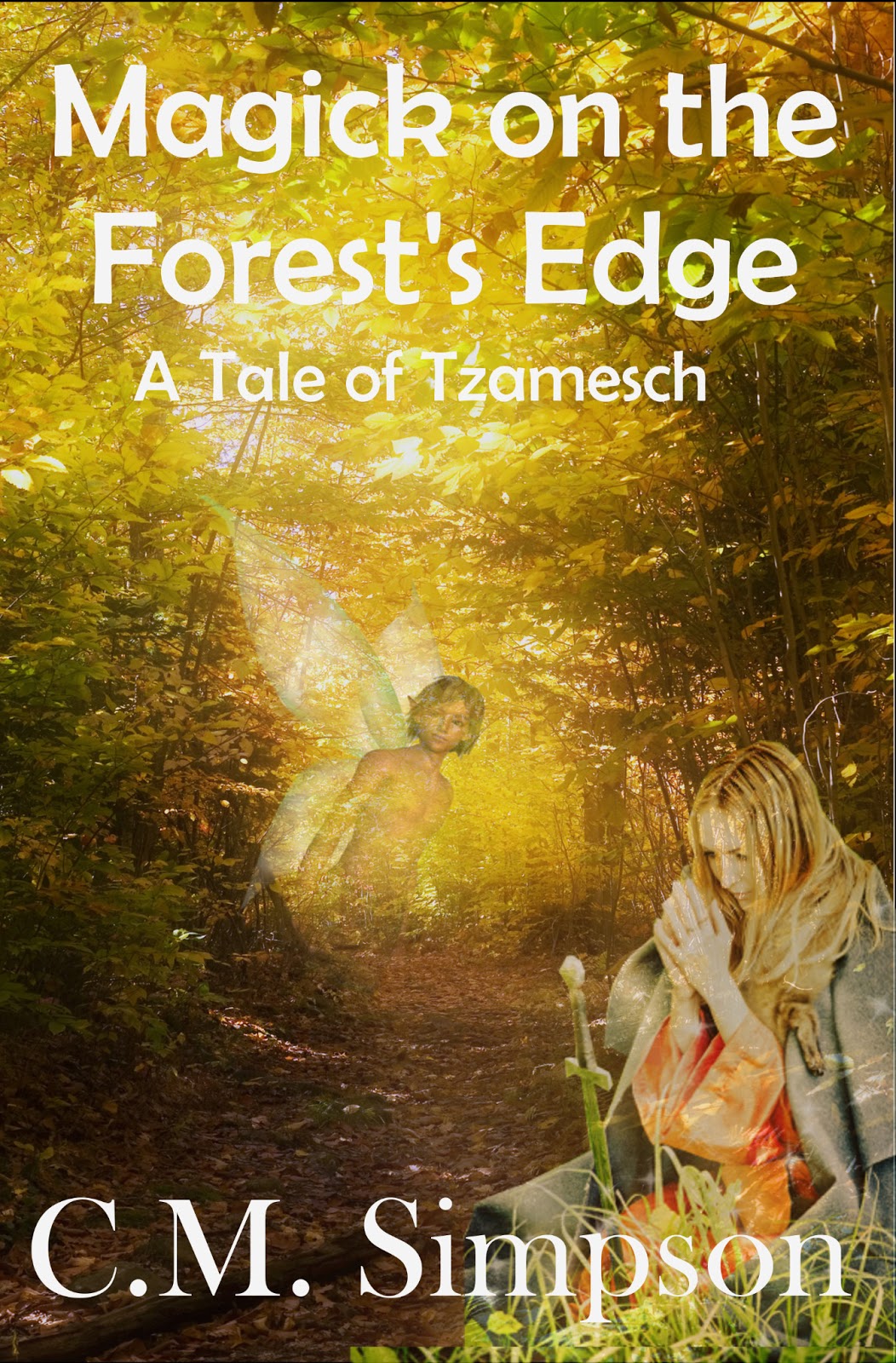 It soon became clear that magic, at least for the most common kind of magic-user, was a kind of energy or force that could be tapped into and shaped. This meant I had to answer the question of why not everyone was a magic user. I decided it was genetic—not everyone has the capability to sense, feel or draw on the magical energy around them, and not everyone who can, is able to shape it. People are born with different abilities, and magical sensitivity and shaping was one of those.

As I wrote, I also found that there were different kinds of magic, with elemental magic playing a pivotal role in the story. I also learned that the difference had to be explained or shown so that the reader could focus more on the story than on wondering what the importance of those differences was. I decided elemental magic was different to ‘normal’ magic, but only to a small degree. 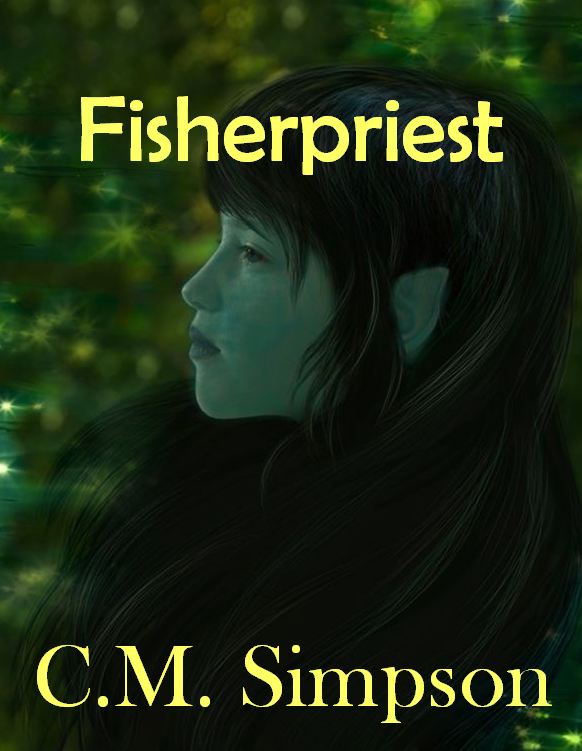 I drew on known and accepted understandings of elemental magic in our own world and decided that elemental magic on Tzamesch means more than earth, air, wind or fire. Everything is an element: stones, gems, decay, death… and power, which is also central to the story’s villain. This led to me deciding that there had been a pantheon before the one existing in the book, and that led to me asking more questions as I explored yet another form of magic—that of clerics and priests.

I had to ask: How are gods and goddesses formed? Where do they come from? Where do they go when they die? How do they die? and What role do mortals play in the life-cycle of a god?
With the books having such strong elements of deities and their interference in mortal affairs, these were questions that required an answer in order for the story to move forward.

I decided that what a person worships is instrumental in giving rise to a deity. This meant that while there were now human deities who represented different facets of the human world, because humans saw those facets to be important: night, balance, fishermen, coastlines, death, invention, plague, pestilence and so forth. In earlier times, however, humans worshiped the elements around them: the earth that helped them grow their food, the air that brought storms and rain, the water that helped their crops grow, and the fire that cooked their food and drove off predators. Everything important to their survival was given a place. As society advanced and changed, so did the kinds of things humans worshipped. 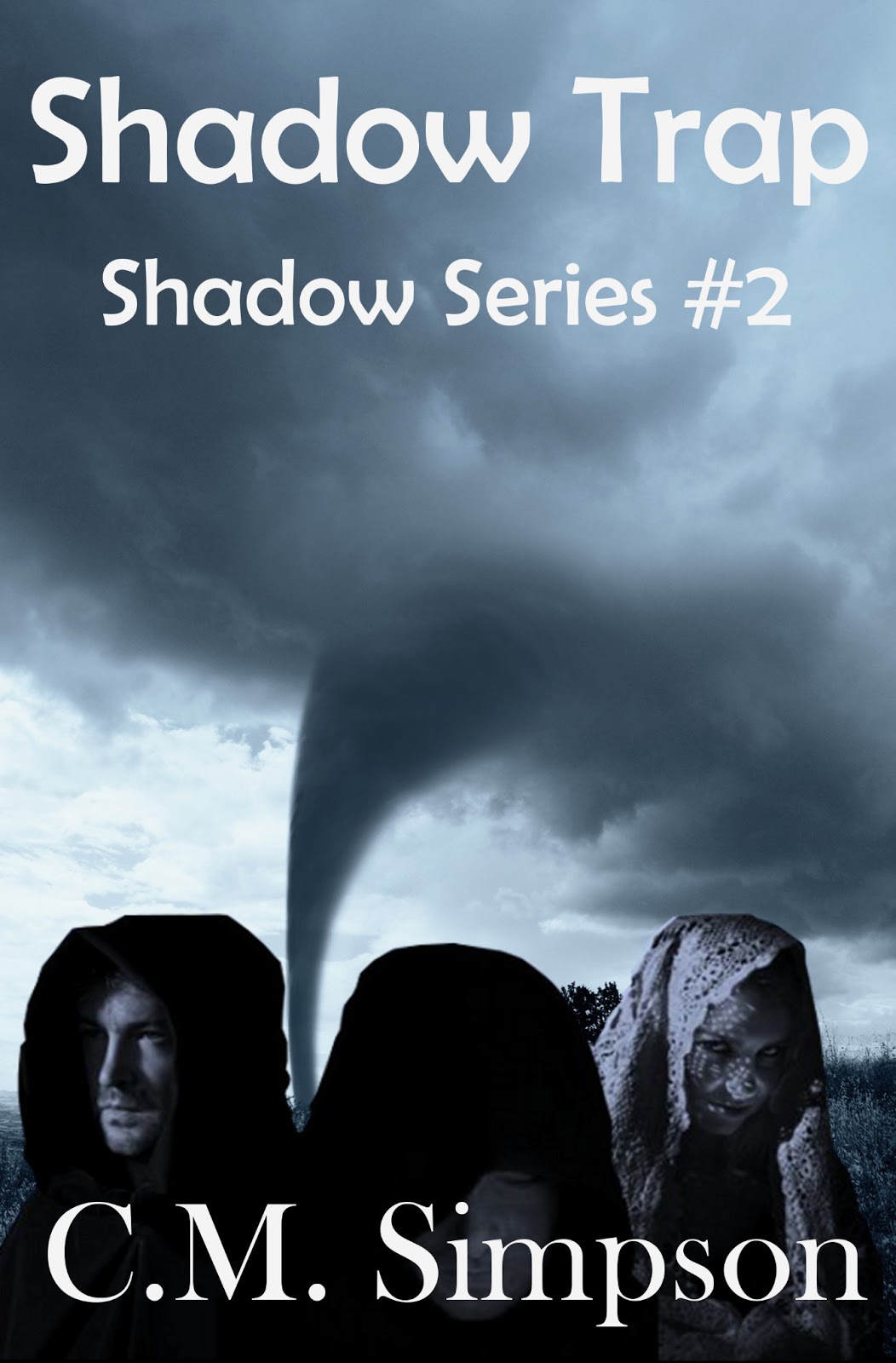 As the new deities grew into being and developed a place in the human pantheon, the old elemental deities withdrew from the world, and elemental magic became a thing of the past. No longer the domain of priests, the power of the elements could still be sensed by some, in the same way that magic could be sensed. Without a deific link, I decided that the ability to sense and use magic and the more specific ability to sense and use elemental power were related, but that the elemental sense was rarer.

I also revisited my idea about magic being tiring, and decided that if particularly difficult spells were cast, or if the caster had to repeatedly cast spells, then magic was tiring, and again came the constant question ‘Why?’. It took me some time to answer that, but I worked out that the reason wizards who attempt a magic beyond their ability, or who draw on spells over a prolonged period, collapse or die is because they eventually end up drawing on the magic inside themselves, for it takes a degree of magic to sense and use magic. Spell-casters are, in essence, magical creatures, and magic gives their souls a different flavour.

…and this flavour is what enables other magical creatures to hunt them—another important element in the story as the nemesis threatening the world uses his undead to hunt wizards so he can use the power stored in their souls to fuel his escape attempt.

So, how does this illustrate world-building, and why is it important? 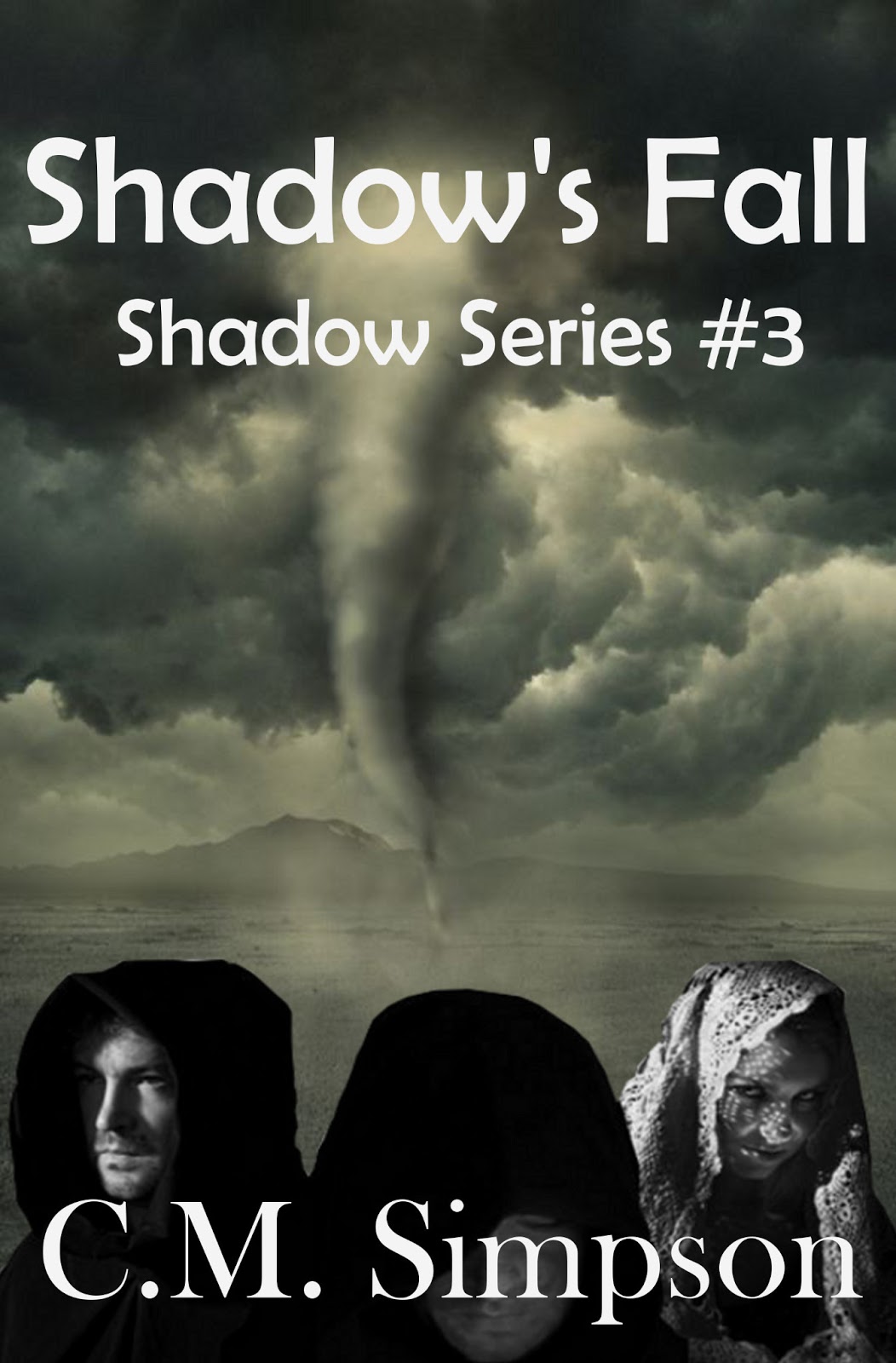 Everything interlinks. Important story elements have a background. There is a reason why elementals are involved, and a reason why the villain of the piece has difficulty finding the right kind of soul to power his escape. Everything serves the purpose of moving the story forward, giving something important to the story an understandable reason for existing, or giving the readers an insight into the world’s mechanics.

Some of this background never appears in the book itself, but me knowing it exists helps me give each occurrence a commonality so that the reader can start to make sense of the world and feel a little more at home in it. This means the reader can focus more on the story than on wondering why things work as they do in the characters world. It reduces the chance they’ll be pulled out of the story because something didn’t work as they expected, because it was different to the last time they saw it. It helps the reader become immersed in your world, and enjoy it more.

And that is what we all aim for.

C.M. Simpson spent the first twenty years of her life living in different parts of Queensland and the Northern Territory. Her father was a teacher who liked to travel, so he took teaching appointments in all kinds of places. To cope with the constant travel, C.M. wrote stories, drawing on the different landscapes she encountered and giving a hyper-active imagination somewhere to run. Seeing so many different places gave her a lot of food for thought as she stepped into the world of adulthood and she never stopped writing and exploring the worlds in her head.

You can find her at: http://cmsimpson.blogspot.com.au/