Magic Thursday ~ Hammer Horrors and the Lure of the Dark Side


I’m probably one of the most squeamish people you’d ever meet. If there was a zombie apocalypse tomorrow, I’d be the one you’d find quivering in terror under the table. I was a teen before I stopped feeling faint at the sight of blood and as for spiders – well forget it :-) 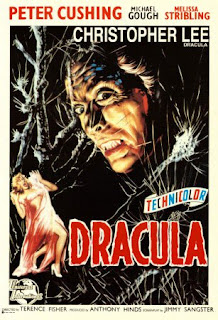 And yet I’ve always been drawn to the dark side. It’s a strange thing. I remember as a young teen staying up late, after everyone else had gone to bed, and watching Hammer Horrors on the telly. The lights would be off and I would scare myself into a stupor watching Christopher Lee and Peter Cushing on the small screen. My heart would thump in terror as I tiptoed off to bed at an unearthly hour, convinced a vampire was going to loom from the shadows and do unspeakable things to me.

While I don’t remember actually thinking vampires back then were hot and sexy, there was undoubtedly a thread of naughtiness weaving its way through my overheated imagination. Necking took on a whole new meaning to me. I’m not sure whether this was a good or bad thing :-) 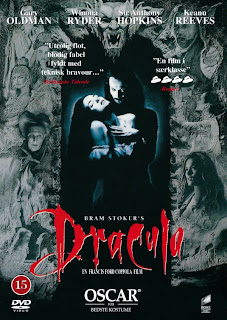 I read Bram Stoker’s Dracula when I was about eleven, round about the same time as I first read Wuthering Heights. With dark, twisted heroes, Gothic melodrama and swirling undercurrents of lust and vengeance, I was in raptures. It wasn’t until many years later I knew something had been missing from my Hammers and my books.

A Happily Ever After.

Fortunately the rise of paranormal romance ensured I could not only get my fix of dark love and morally ambiguous heroes, but we’d also be sure of the hero and heroine actually ending up together.

And this leads me onto my latest release – a dark vampire romance with a hero who long ago discarded his honor and conscience. Or so he thinks…

Tired of the thin-blooded aristocrats in 1815 London, Alexius yearns for better sport. He is drawn to a dark-haired seductress who shows no fear and refuses to obey his commands. Entranced by such novelty, he denies his bloodlust and decides to keep her to warm his bed.

Immortal vampire hunter Morana has never mistaken her prey before, but the dark stranger mesmerizes her, enticing her to forget everything but the dangerous pleasure she finds in his arms.

Neither one can deny the pull of the other, but there is something beyond the lust—a recognition neither can put a name to. The past and present collide and unless they discover the truth behind the lies, Death will triumph once more. 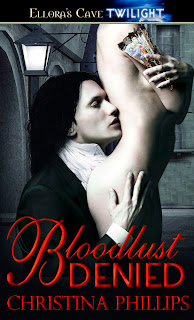 Read Chapter One ~ Warning: Over 18s Only!

I have an e-copy of BLOODLUST DENIED to giveaway to one lucky commenter on this post! Just leave a comment or let me know one of your favorite scary memories involving a vampire from a book or movie. Or real life…

The contest is open until Sunday night Australia time, when I will pick a winner and post here on the DSDU blog on Monday.