Cheryse Durrant is a writer of young adult fantasy, whose first book comes out this year. she shares what inspired her to become a writer in spite of the odds.

When it comes to inspiration, a moment that sticks in my mind is signing up for a KaffeeKlatsch with spec fic author Jason Nahrung* at 2010 WorldCon, Melbourne.
I loved Jason’s The Darkness Within and hungered for an author/fan coffee as we talked books and writing processes, but I accidentally signed up to chat with Mr Smith**, a sci fi author whose work was unfamiliar to me. When I arrived, the table was sparsely attended by myself and two boy-men (that’s Gorian*** for boys in their late teens or 20s: not quite a boy, not quite a man).

Mr Smith advised us not to become writers as we’d never make money from this cut-throat, dwindling career, but the boy-men persisted in finding out where his stories came from. This dumbfounded me because, as an imaginator****, my life is littered with ideas. Ever since I could toddle on chubby legs, ideas have inspired me, shaped my life and forced my sister to play victim to my many games including cauldrons and eyeballs, spacegirls and aliens, and Mini-Olympic long jumping from my bed to hers (we haven’t played this since an ambulance raced her to hospital when she fell and hit her head).

So I’m sipping on a latte at WorldCon as this galaxy-weary sci fi scribe convinces us not to be authors when my fingers tingle with magic as I overhear Rowena Cory Daniells at a nearby table, talking of fantastical romances and handing out practical advice to career women struggling to juggle their daily lives with their creative pens. She’s telling us that we can do it, that we’re the authors of our own destinies and that we will make it, if we keep trying and believing in our work. After all, we’re writers: It’s what we do.

I have adored Rowena’s books since I first read The Last T’En so after my accidental KaffeeKlatsch, I approached her and we ended up sharing coffee. Her knowledge and passion filled me to the brim and she encouraged me to believe. I know the DarkSide DownUnder is for readers, but it’s also for authors and those harbouring dreams of writing. That is why I’m sharing Rowena’s inspiration with you today (and it doesn’t just relate to writing).

Don’t let anyone put you down or make you think you can’t achieve your dreams, even if your words haven’t yet blossomed and the road ahead feels long. Surround yourself with inspirational people because the toughest part of being a writer is not “finding the ideas” but dedicating hours (and years) and sweat and tears to the stories inside you until they become as magnificent as the images inside your head. You are the author of your Destiny and you will one day achieve your dreams and give joy to others, just as I have experienced joy from reading books by other amazing writers.

As a debut author, I’m looking forward to sharing my first paranormal/urban fantasy novel, The Blood She Betrayed, (Book 1 in the Heart Hunter series) with you in 2013. If I’d listened to the galaxy-weary author of three years ago, maybe I wouldn’t have made it.

Believe in yourself – that is the most Enchanted Orb of all.

* Jason Nahrung pulled the plug on his WorldCon KaffeeKlatsch after a nasty dose of vampire flu inflamed his larynx and stripped away his husky voice. Honest.
** This is not his real name. I cannot remember his real name.
***To learn more Gorian phrases, read my book The Blood She Betrayed… Out soon!
**** This is a Whedonism that has not yet been used in any of his films or TV shows. It’s a cross between a storyteller and a Terminator. If you don’t believe me, just ask Nicky Strickland  (but let me talk to her first) J
Posted by C.M. Simpson at 04:30 7 comments:

MAGIC THURSDAY - The power of the short story

Most of the writers here on Darkside Downunder are primarily novel writers, but some of us dabble in the shorter form and have achieved some success too.

Eleni Konstantine has had multiple short stories published. Erica Hayes uses them as part of her promotional process, writing shorts that tie in with her novels. Jenny Schwartz writes at the shorter length. I'm sure there is a few more that I haven't mentioned. 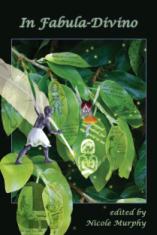 I've had dozens of short stories published around the globe, and I've been lucky enough to edit three short story collections.

I love short stories. Science fiction/fantasy/horror are to a large extent built on the short story. I think crime may be the only genre that comes close - unless you count Literary as a genre in which case, it's big on them too.

Anyway - a lot of the speculative fiction novelists that you love built their chops writing short stories, and some still write them even after they've achieved success at novel-length? Why? Because writing short stories offers challenges and opportunities that novels don't.

Short stories are a great place to experiment, to try new things and to develop the craft. Because they're shorter, you can take chances without risking too much. A novel can take months to write. A short story, depending on how short it is, can sometimes take only hours. So if you try something and find it doesn't work, you've not lost too much. Do that in a novel and weeks of work can be down the drain.

Short stories are also great when you're finding you're time poor but you want to get some work done. Only have a day to dedicate? You could well get a short story drafted in a day and you've got that sense of achievement that yes, you are a writer. See? You've just finished a story.

Editing is something that I've found has taught me a lot about short story - what works, what doesn't. My latest editing project was In Fabula-divino (latin for The Tale-tellers). I took some newbie writers and pushed them through the equivalent of a professional editing process such as a novel would undergo - edit letter, copy edit, line edit, proofs. It was hard work, for them and for me.

Here's a couple of things to keep in mind if you decide to tackle a short story:

a) Detail is KING. And I'm not talking lots of details - I'm talking surreptitious use of the RIGHT detail. A couple of words can say a whole lot more than a ream of words if they are the right ones. The classic example - 'Martini, shaken not stirrred'. Not only does the word 'martini' denote class, taste and style (which James Bond has in droves) but the fact it's 'shaken not stirred' (which is NOT how you make a proper martini) shows Bond is a man who knows his own mind, will go after what he wants and doesn't care what other people think. All that about that character in those four words.

b) Know your characters. You need to understand everything about every character that performs an action on the page - something you wouldn't dream of doing in a novel but something important in a short story because that's how you get those all important details.

c) Backstory must be dealt with carefully. A short story is a moment in a character's life. It's fleeting, yet the character was brought to this place by a number of circumstances, some of which need to be laid out for the reader's understanding. But you don't have a multitude of words to get them up to speed. Again, having the right details helps, but also be clever with how you reveal backstory. Don't dump it at the beginning of the story because short stories must slam right into the action, but layer it through the story and be clever about it - don't dump the information in big chunks but use it to pace the story out eg if it's an action packed story, maybe a few short flashbacks will give readers a break and heighten tension. 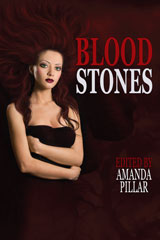 d) Make every word sing. Think about every word, every sentence, every structure. Is it building the plot? Is it adding to the atmosphere? Is it working as hard as it can? If not - find a better way.

I'm still a long way from being a great short story writer, but the challenge is something I can't resist.

I've got a copy of the Aurealis Award nominated anthology 'Bloodstones' (with my latest short story publication 'Euryale', a re-telling of the gorgon myth) and a copy of 'In Fabula-divino' to give away to an Australian. To enter, let me know in the comments below.

And tell me - do you read or write short stories? Why/why not?
Posted by Nicole Murphy at 09:26 5 comments:

What inspired you to write it?
The Tower Lord’s Guest came about as a result of a themed call for stories about a topaz. Reading about the topaz and the special qualities assigned to it, brought me to develop a character with the innate abilities of a seer, but a character with a past to hide from, and a refuge she isn’t happy with—Samlah. I wanted to explore the naughtier side of traditional fairytale tropes: the satyr, the dryad and the troll, and I wanted a tale that didn’t end happily ever after… at least not straight away. The Tower Lord’s Guest is an erotic tale of Samlah’s arrival at the forest, her brush with trolls and satyrs and her fascination with dryads, but beneath it lies Samlah’s desire to meet her dream man, and she needs to master her gift to be able to do so. This story is but the beginning of her journey.

And without further preamble...the snippet!


[The story opens with Samlah watching the dryads at play.]

WOW! Thank you so much for sharing Ellie!

Have a lovely Wednesday!