Exciting times for DarkSider Erica Hayes. She has two new releases coming out shortly. The first is Dragonfly, a romantic space opera adventure, coming out with Momentum 1st December 2012. 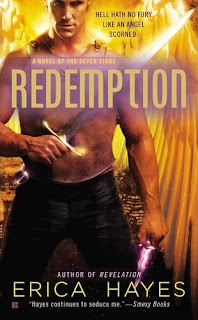 Japheth the Tainted is on the hunt for a mysterious demon vampire. But meeting her face-to-face might disarm his warrior spirit—and spark an unquenchable passion with apocalyptic consequences.

As a fallen angel, Japheth is determined to make his way back to heaven by staying pure and slaying hellspawn. With a new scourge of vampires unleashed by a blood-drinking demon, the Prince of Thirst, there’s plenty to be done. But Japheth is after one vampire in particular—the one they call the Angel Slayer.
Rose Harley never wanted to be a vampire, but the Prince of Thirst can turn even the kindest soul into a soldier of hell. Feeling abandoned by God, she stalks the West Village taking revenge on his angels—until she meets her match.
When Japheth and Rose encounter each other, the battle is fierce and charged with desire. But when they discover a common enemy—the Prince of Thirst himself—they form a dangerous alliance that could either cost them their eternal lives, or spark a love more powerful than heaven or hell. 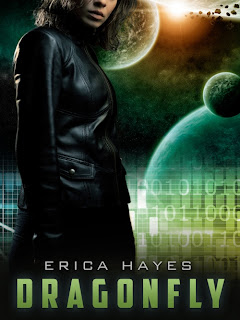 Carrie Thatcher is a tough Imperial counter-terrorism agent. Her mission: pose as a sexy cyber-thief to entrap the notorious rebel Dragonfly, who’s planning a heist on the space station Casa de Esperanza; a orbital casino on the fringe of Imperial space.
And this assignment’s personal: Dragonfly murdered her closest friend, and she’s in no mood to show him mercy. Even getting stuck with the partner from hell—Malachite, her sociopathic ex-lover and the Empire’s most dangerous agent—can’t dampen her relish for the kill.
With Carrie’s expert weapons skills and penchant for cracking codes, insinuating herself into Dragonfly’s confidence should be easy. But is he the ruthless killer she was led to believe? Or has her precious Empire deceived her? With Malachite watching her every move, the slightest flinch in loyalty means death.
Carrie is soon racing to uncover an audacious treachery that will shock the Empire to its core … if she can stay alive for long enough to expose it. 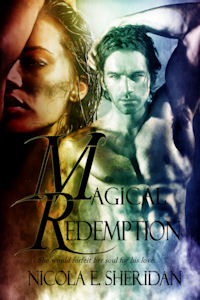 When magic is heavily taxed and traceable, a Genie can't expect good working conditions. So when Jinx finds herself the Genie of the coldly handsome Demonspawn, Lucian, she knows she's in for a rough time.
Lucian is being hunted by the Magical Mafia, otherwise known as the "Family". Years ago he pledged himself to serve, but in a moment of weakness betrayed them. Now, unable to live or love freely, Lucian finds himself falling for Jinx, but knows a future between them is impossible. As they hide from incredible and malevolent Magical Beings they search for a way to be together before fate and the Family separate them forever. 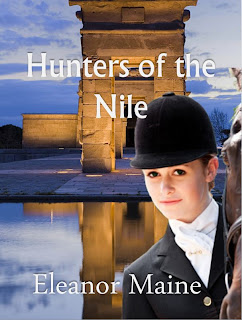 When Callista wakes up naked after being abducted one evening from Inskip’s Stables, she discovers she is the subject of a modern day, but very secret hunt club. Running for her life, she tries to evade her pursuers by hiding in a cave, but she slips and falls into a strange mist, losing consciousness on the way down. When she returns to consciousness, it is to bright midday sun, barren desert and a hunt of a very different kind. Captured by an Egyptian noble, Callista must adapt to a new land, and a different era. Torn from all she knew, she must also learn if she has to face the future alone.


She also has A Gargoyle for the Hotel Gothica, a paranormal romance novella about gargoyles and inheritances, released in November on Amazon (in print and on Kindle) and Smashwords (in all formats including i-books and Kobo). 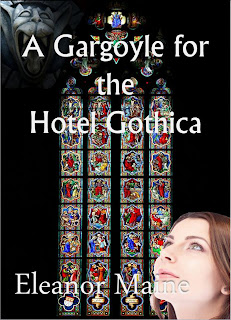 When Claire Handley wins her bid for a Scottish gargoyle and the Journal of Magick written by James Macgregor, she doesn’t believe the Scotsman’s centuries-old tales. It’s only when the legends come alive, invading her home and her bed, that she must decide whose side she’s on.


Secondhand Sweetheart, is Madeleine Torr's contemporary romance novel about leaving one love behind and finding another in the face of assisted misunderstandings. It was released in October on Amazon (in print and on Kindle) and Smashwords (in all formats including i-books and Kobo). 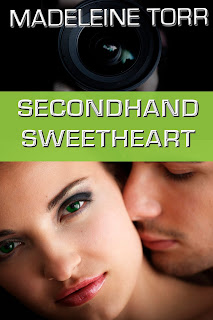 When Lisa Montgomery resigns her job to can mend her relationship with her long-time boyfriend, and is then photographed in a compromising situation with one of the airline directors, her future looks bleak. Unwilling to give up, Lisa decides to take control and see what she can do to repair her tarnished reputation. Honorable Mention: Harlequin’s 2012 Aviator's Challenge.


And C.M. Simpson's dark fantasy novel with elements of romance, Fisherpriest, was released in October on Amazon (in print and on Kindle), Smashwords (in all formats including i-books and Kobo), and DriveThruFiction.com (in PDF). 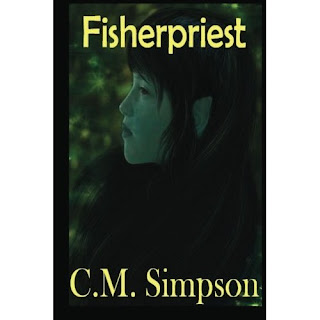 When the two halves of her soul rejoin, Linna finds herself in a city she does not recognize on a world she thought existed only in her imagination. To make matters worse, she is captured and sold to four princes from a distant land, who require a priest of the sea, and the god she serves has rejected her. What starts out as a journey to regain her deity’s approval, soon becomes a flight for her life. With one prince at her side, and unspeakable evil at her back, Linna embarks on a journey where she must survive pursuit by the purist Silver Mountains tribeselves, and captivity by the cave spider clan in order to find her place in the world.

Nicola E.Sheridan has a new trailer for her latest release, Magic Redemption.

Christina Ashcroft starts her blog tour for Archangel of Mercy this week.