Welcome to the DarkSider good news for this week...
Reviews
Amanda Ashby
Fairy Bad Day has had a great review from Publisher's Weekly.

"Sophomore Emma Jones has been training at Burtonwood Academy for years, expecting to follow in her late mother's footsteps and become a dragon slayer. Being made a fairy slayer is not in her plans--fairies are harmless and lame ("...the worst she'd ever seen them do was change the food labels at the supermarket"), nearly impossible to kill, and they love taunting her. Worse, she's forced to train with Curtis, the cute guy who took her dragon job. As Emma tries to change the principal's mind about her specialty, an extremely dangerous seven-foot-tall fairy that only she can see shows up. Now Emma needs to figure out where the creature came from, what it wants, how she's going to kill it, and most of all, how it knew her mother. In a fun mashup of the modern and the magical, Ashby (Zombie Queen of Newbury High) creates nicely developed characters and supports them with strong plotting and zippy writing. Laced with humor, danger, and romance, this book will have readers smiling all the way to the last page. Ages 12–up. (June)"

Mel Teshco
Carnal Moon, received a 4 tombstone review from Bitten by Books. Here's a snippet from it:

"Carnal Moon was an exceptional novella. With a lot of paranormal romance, it is not uncommon for me to figure out the path of the plot early and go with the flow until the end, and this book was really no different. I expected the outcome to some extent and was not surprised by the ending of the book. What made this novella different was the characters themselves as they, especially Holly, revealed their turmoil over what was happening in their lives and their inability to do anything about it.


Carnal Moon was sexy, appetizing and decadent — a quick read that will leave you with a feel-good vibe to get you through your day or take away the hum-drums of a bad afternoon. Take a chance and enjoy this brief but spicy read — it will only leave you wanting more."

Jess Anastasi
Severence was given a 3.5 star (out of 4) from Manic Readers.

"Nakita Branson is in a fix. Her intelligence gathering mission has just gone totally wrong— the rest of her team is dead and worst of all, the one person—demon—she never wanted to see again has just saved her life. Alastor, the jerk who abandoned her in her mission to find her friend, Tori. The thing is, he never intended to save her when she was in danger, he was drawn halfway across the universe to protect her. The agreement they made in their first journey together seems to be intact, and he is bound to protect her. And he can’t stand it. So he hauls her off in search of someone, anyone, who can help them break the agreement. But when the sparks begin to fly, unwontedly, between them, will they still have the desire to be parted?"

Sanctuary was reviewed by Joyfully Reviewed. Here's a snippet from it:

"Although Sanctuary is a well mapped out story, the plot is filled with lots of surprises because the author is very good at not giving anything away.  The only info you’re given is what’s necessary in regards to the human, angel, and demon dynamic and the cause and effect.  It works as a major reason why Tori and A’albiel can’t stand one another and why they can’t (or shouldn’t) become a couple.  All of this makes for good angst as you get to know them better.  There’s enough action to keep the story flowing fast forward, and then unexpectedly, the romance blooms and explodes all over the place until your heart is filled with such warm fuzzy feelings you’ll feel as if you’re going to explode from the warmth flooding your heart by the end.  I didn’t explode, but the warm fuzzies didn’t leave either. The love scenes are sensual with a hint of spice.  I was moved by the sweet tenderness between Tori and A’albiel because the author brings to life here that sex between two people who love one another is an expression of love."

In the first story we meet Danny who has longed to be Rafe's sub for years now. He has trained and learned to be what Rafe needs. Hoping that when Rafe finally meets with him, the sparks will fly. I really enjoyed Rafe he is a great Dom and he may understand what a sub needs but it seems he needs help in finding just what he needs. After fearing the feelings he starts to have for Danny, Rafe brings another sub home and dismisses Danny's feelings, but when he finds himself on the verge of loosing him Rafe realizes his feelings and fights for them. Danny is a strong man and he is more than willing to give himself over to Rafe. Yet when he finds Rafe with another sub his heart can't take it. Watching the relationship build between the two was a great read.

In the second story we meet Nash and Paul. Nash is a rough Dom who likes things on the edge but Paul is a virgin to not only the scene but in the literal sense as well. Nash is a wonderful Dom always knowing just what his sub wants. The only thing in his way is his ex Damien. Paul may have caught Nash's eye but can he catch his heart as well? Paul is a strong man who loves with all his heart but he can't compete with Nash's past. He tries and gives his heart to Nash but is he enough to make Nash forget Damien? This was an intense read and the bond that forms between these two was really nice.

With wonderful characters and a great storyline this book takes the reader on an emotional roller coaster. I enjoyed the intensity of the relationships and will definitely be looking for more stories from both of these authors."

Covers
Shona Husk
Check out the scrumptious cover for The Goblin King. 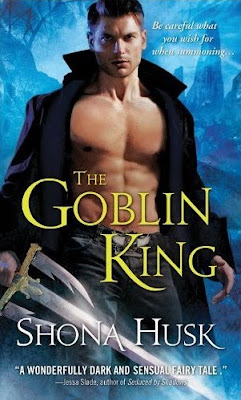 Rowena Cory Daniells
The first two covers of The Outcast Chronicles, Besieged and Exile  have been released. Yes, there is a typo on the first one, but these are just too magnificent not to show them off. 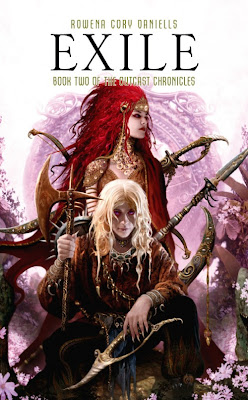 Other News
Nicola E. Sheridan
Nicola is writing a column for the Metior Magazine. The first issue is available online now. 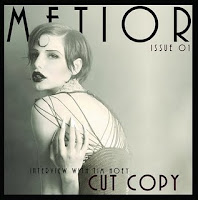 ~~~
Congratulations, ladies!!
Join us next week for some more DarkSider good news.....
Posted by Eleni Konstantine at 12:25