Today's Darklight On... is with Mel Teshco. Welcome Mel!

I kind of fell into the genre after discovering how exciting world building could be, how much scope the hero and heroine can have with so few rules governing them. Who doesn’t love a kickass heroine and an alpha hero, each with their own vulnerabilities? 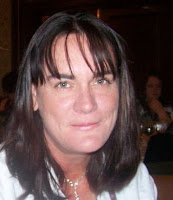 Please tell us a little about your road to publication.

I began writing seriously when my oldest daughter was a toddler. (she’s almost 21 now LOL!!). I just wish I had kept that first category ms that was written in just a few months, and which I thought was soooo good!!! — I mean, come on, with *that* much work it HAD to be good, right!?? (g)

After a lot of health issues with myself and my daughter, and a move (read: escape) to QLD with a newborn baby eight years later, I began to seriously write again. It was great therapy to lose myself and all my worries in my own worlds and my characters 'happily ever afters’.


You are co-writing a book called Believe. Can you tell us a little bit about it and the process?
The process—long! But it’s one that has worked surprisingly well on the whole. The characters of Believe are of course fictional, but a lot of the things they go through are based loosely on true events. Kylie and I have even interviewed some people about certain events in the book we’ve tackled, which was an amazing, insightful and interesting task all on its own.

The book is about James (a doctor) and his sister Jocelyn/Josie—who, since a little girl, has been in and out of psych hospitals because of her visions and the voices in her head. It’s an emotional journey for them both. James has his own psychic abilities, and has been using drugs to stop himself falling into the same ‘mental’ pit as his sister. Visiting his sister in the mental hospital is at first, its own form of torture for him as he senses the tormented spirits from the past. Josie’s journey is all about self-acceptance, about fully believing in herself.

Though this doesn’t focus solely on a romance, James does find love with his neighbour, who also happens to be heavily pregnant and with a past of her own. There are also some other great characters in this book, including James’ mentor ‘the professor’ and the professor’s wife, Robyn, who are trying desperately for a child of their own.


Your latest release is Moon Thrall  (love the cover by the way). Can you describe it for us? 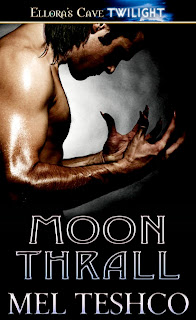 Thank you, I have to say I’m in love with this cover too! Here is MOON THRALL’s blurb, which describes it pretty well =)

Elyse Wellston escapes from her brutal, violent ex-fiancé to a remote cabin in Australia. Fearing for her life, it makes no sense for her to react the way she does on meeting the enigmatic Dane Maddox.

Only when she discovers he is a werewolf and she is his weren—his mate and a werewolf herself—does she begin to understand the hot, sexual yearning within. No longer does she need to act out a desire she doesn’t feel, Dane is everything she wants. But will her ex end her happiness, her sexual fulfillment, almost before it begins?

I’m a pantser almost exclusively—except with the ms BELIEVE. It was next to impossible for things to naturally unfold with such a complex plot. The motto ‘keep it simple’ never applied to this book!!


Do you have a favourite of all your characters?

Oh, that’s such a hard one!! I get so deeply involved with each and every one of them it’s hard to choose! Okay, if I have to, I think my gargoyle characters in my Winged & Dangerous series have a special place, as does my vampire in Her Dark Lord.

I’ll return to the epilogue of Believe soon, but right now I’m working on a very old ms called Shadow Hunter to send out. I’m also close to finished an alien fantasy story and thinking about one of my other stories I started a while ago...just not sure which one yet.


What is your favourite part of the process of writing?
That’s easy. I LOVE the very start, when the story and characters first come to life, usually from just a scene in my mind.


What can we expect from Mel Teshco in the future?
I hope to have my gargoyle series finished this year for EC, and I’d also like to branch out into single title novels. But mostly I would like an acceptance for both Believe and Shadow Hunter. Having them in print this year would be even better (g)


Who are your favourite authors?
At the moment it’s JR Ward, Kelley Armstrong and our own Keri Arthur. And though I wasn’t a big fan of Stephanie Meyer’s Twilight series, I really enjoyed The Host.


Do you have a favourite spec fiction movie or tv series?

I thought the first Matrix movie was brilliant, and loved all the Terminator movies. Also enjoyed I Am Legend, Book of Eli and Underworld. Gah, how many great movies have I missed!!?? Some series I really enjoyed were Being Human, and I didn’t mind First Blood. My daughter will kill me, but I’m not a big Buffy fan LOL.


Do you have advice for emerging writers?
Write what you love, listen to others advice—but don’t lose your voice. And write everyday!

Email ThisBlogThis!Share to TwitterShare to FacebookShare to Pinterest
Labels: Darklight On, Mel Teshco